Shop assistant fought thieves off with a box of Dairy Milk 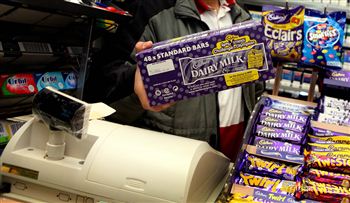 A BRAVE woman shopkeeper fought off a gang of armed robbers – using a box of chocolate bars to chase them away.

Rabiaa Yakoob, 35, was alone in the corner shop she runs in Edinburgh’s Broomhall Road when a man and a woman covering their face burst in brandishing a handgun at around 3.15pm on Sunday.

The gunman shouted at the frightened mother-of-two to give him cigarettes from the display behind her after she warned them the safe was locked on time delay.

But Mrs Yakoob started screaming at them to get out when the man lunged at her and punched her in the face, leaving her with a cut to the nose.

Furious, she retaliated by hurling a box of Dairy Milk bars she had been shielding herself with at the pair.

They, along with another man who had been keeping watch outside the store, turned tail and fled the chocolate wielding shop owner.

Husband Haris, 39, who had been away at the time, said his wife was still too upset to speak properly and was recovering at home.

But he said: “She told me it happened very quickly, they were only in the shop for about two minutes.

“She phoned me immediately after and I rushed straight here and took her to hospital. 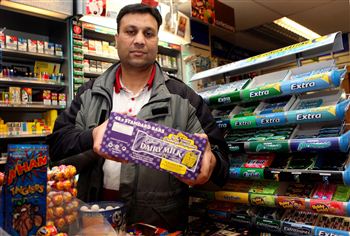 “She was punched in the nose, and doctors say it is too early to say what the damage is.

“We’ve to go back in five days when the swelling has gone down.”

The couple, who have two sons aged seven and eight, do not employ any other staff members and run the shop day to day between them.

Mr Yakoob said he was very proud of his wife for her courageous actions, and that it should warn off future attackers.

He said: “They got away with nothing, I hope this discourages people from pulling stunts like this, because they gained nothing from it.

“Rabiaa told me she doesn’t know what she was thinking – she said she’s not so sure she’d be so brave again.

“She has been given painkillers and tranquilizers to help her sleep, and she is doing a lot better now.”

He added that this is the first time they have had any trouble since opening the shop two years ago.

But – one local resident said he was not at all surprised.

He said: “I’ve lived across the road from that shop for 20-odd years and I remember it got done about 10 years ago.

“This area is alright generally but these things happen everywhere – the country is going backwards.”

Mr Yakoob has handed over his CCTV tape to the police, who are now on the hunt for the three suspects, who the shopkeeper described as “youngsters”. 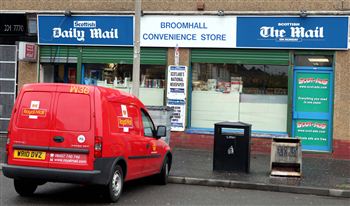 The man in possession of the gun is described as aged between 18-20, around 5ft 9 inches tall and built, and had a black hoodie on with a dark scarf covering part of his face.

The female was wearing a grey hoodie with pink writing and had the hood up, she is said to be about 5ft 4 inches.

And the third suspect who stood outside the shop throughout the incident was wearing a grey hooded top and grey jogging bottoms.

Police are urging anyone who was in the area at the time and saw anything suspicious to come forward.

A police spokesman said: “Lothian and Borders Police view crimes involving firearms extremely seriously and will robustly deal with anyone found to be involved in such activity.

“Anyone who recognises the descriptions of the suspects or who has information that can assist with our enquiries is asked to contact police immediately.”

Study finds that Chocolate is egg-cellent for the birds