Walking stick used as murder weapon to be sold at auction 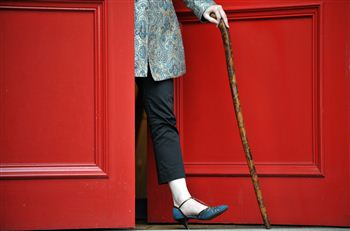 A WALKING stick used to bludgeon its  late 19th century British spy and explorer owner to death is to be auctioned off on Wednesday.

William Gill’s intricately carved stick was used to bludgeon him to death in 1883 in the Sinai desert, on the border of Egypt and Israel, when he was aged just 39.

At the time, he was gathering secret intelligence for the British government, but was killed by Bedouin tribesmen while on his way to cut the telegraph lines between Constantinople and Alexandria.

However, the motive for his killing has never been identified, and it is not known who exactly committed the murder.

The Bedouin tribes were Arabic inhabitants of the desert, and although the tribes still exist today, their numbers are dwindling.

They are recognised by their nomadic lifestyles; specific dialects, social structures and culture, and they often herd camels, sheep, goats and cattle.

Their numbers are decreasing and there are approximately only about 10% nomadic Bedouins in the Middle East, living all over the Arabic Peninsula.

The murderous walking stick is valued at £400, and auctioneers Lyon and Turnbull expect it to go for somewhere in the region of £300-£500.

Gill became a multi-millionaire overnight through inheritance, but rather than quit his job in the British Army he used his new fortune to fund a series of expeditions – while at the same time gathering intelligence for the British government as a spy.

Before he died, Gill travelled across the likes of Persia, China, Tibet, India, North Africa and Turkey.

He kept a detailed diary of all of his explorations, regularly sending pieces to his mother back in Britain about architecture and interesting people he had met.

In 1932 these journals were given to the Royal Geographical Society in Kensington, London.

Gill’s body is buried at St Paul’s Cathedral in London.