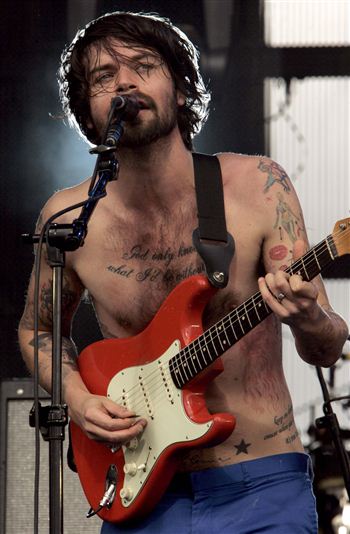 SCOTS rockers Biffy Clyro are set to headline the Hogmanay celebrations in Edinburgh this year.

The Ayrshire trio will bring in 2011 at the capital’s Concert in the Gardens event on Princes Street.

The band, comprising of lead singer Simon Neil and twins Ben and James Johnston, have released five albums since forming at school in 1995.

They have enjoyed huge success with their recent album Only Revolutions, which has sold over 300,000 copies in the UK and saw them nominated for this year’s Mercury Music Prize.

“They’ve made us all feel good.

Tickets for the Hogmanay Street party are already on sale, which will also feature live music and a large firework display as the clock strikes 12.

And tickets for the Concert in the Gardens event will go on sale this Friday (October 1), with further acts still to be announced.

Councillor Steve Cardownie, festival and events champion for Edinburgh, said: “Edinburgh’s Hogmanay is envied across the world and this year, with Biffy Clyro set to perform, there will be no better place to be to bring in the New Year.”