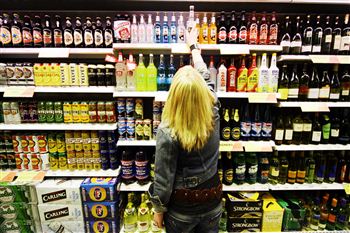 A CHILDREN’S charity is warning that the NHS is not doing enough to tackle drinking among parents, saying that 80,000 children in Scotland are living with alcoholic parents.

The worry is that these kids will follow in their footsteps unless the government takes action.

Children 1st are calling for parents to get more advice on the impact of their boozing on the kids.

Alison Todd, a director of the charity said: “Scotland’s problem with alcohol is impacting on far too many of our children.

“Many parents receive little or no information and advice.

Research reveals that the children of alcoholic or drug-abusing parents make up a “significant proportion” of those on child protection registers.

A poll of 1234 children by Childwise earlier this year found half thought they had seen their parents drunk.

Of those, 80 oer cent said they’d noticed a change in their behaviour, and a fifth said their parents had become angry and aggressive.

Three in 10 felt scare when adults were drinking.

He said: “Children have a right to be protected from abused and neglect while in the care of adults and should not have to live in a household that is blighted by parental alcohol misuse.

“First-time parents, particularly if they started to use alcohol at an early age themselves, may need additional support as they get used to the responsibilities of caring for a child.

“It’s appropriate the government takes all the steps it can to tackle alcohol misuse among parents because our tolerant societal attitude to alcohol means we consistently underestimate the impact on children of harmful drinking by adults.”

A Scottish Government spokeswoman said it recognised the effect that alcohol misuse had on children.

She said: “We have prioritised alcohol brief interventions in antenatal settings to support women in their efforts to reduce drinking during pregnancy and beyond.

“This has been backed up by a record investment of almost £100 million in local services.”