Russell Brand: ‘Edinburgh is the most important city for my career’ 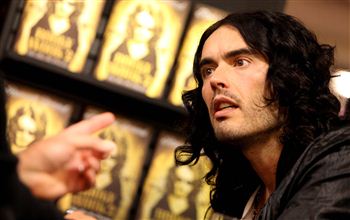 RUSSELL Brand revealed Edinburgh has been the most important city for his career, after doing stand-up gigs for years at the Fringe Festival.

He said he is not afraid of the Scottish crowds at his shows because this is where his career took off.

Speaking ahead of tonight’s (Tue) stand-up gig at the Edinburgh International Conference Centre (EICC), the comedian said he owes a lot to the Fringe Festival for the fame he now enjoys –most of the time.

Russell, 35, said: “I love dealing with Scottish audiences – they don’t scare me.

“Before I got famous I was always up here for the Edinburgh Fringe Festival, and I think I’m good at dealing with the Scottish hecklers because of that.

“And that EICC was one of my first big gigs after I got famous off of Big Brother.

“I love it up here in Scotland – this is where I learned to be a comedian.

“After London, which is where I grew up, Edinburgh is the most important city to me, especially with regards to launching my career.

But he said the novelty of fame has worn off somewhat, saying it is not as good as he thought it would be.

He said: “It is not as bad as say, toiling in a diamond mine off the coast of Sri Lanka – if they have them there, I don’t know – but it’s not as good as I thought it was going to be.

“I thought it would be like all stardust, and it was for a while, but you know, everything changes.”