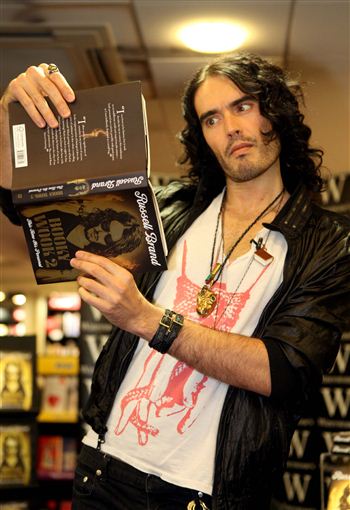 RUSSELL Brand is heading for a change of pace – revealing that the third installment of his ‘Booky Wook’ series could be focused on married life.

The controversial comedian said he hopes by the time he writes another book he will have wed his bride-to-be, popstar Katy Perry, and they will have had lots of kids.

At a signing for Booky Wook Two at Edinburgh’s Ocean Terminal today (Tue) he said the next story he pens could be titled ‘This Time it’s Domestic’, and would be a “pipe and slippers” memoir.

It would be a sharp U-turn from his previous two books, which have listed hundreds of sexual conquests, with Russell jokingly declaring that the latest is about his “hundred days of sodemy wodemy”.

Bouncing around amongst 200 screaming fans at the Waterstone’s booksellers, Russell said: “Hopefully I will be married and having children by the next one.

“But if that’s not the case, I’m planning on engineering a fake marriage with four or five women who look slightly similar and get them to be my wife on rotation.”

The 35-year-old stand-up said he has not yet started writing his wedding speech, but that his future wife’s family are “very good” at speeches.

He said: “I haven’t started doing mine yet, but my best man Nick Linen is working on his.

“My Mrs’ family will be very good at the speeches though, they are all preachers and singers and actors, it will be very tricky to compete.”

Russell is no stranger to the ladies, nor is his newly released book, which he says has “plenty of sex within the covers”.

He said: “This book is ram-packed with innuendo and a whole manner of sexual altercations and adventures.”

Around 200 fans turned up to the promotional signing, with one going so far she dressed up as Russell. 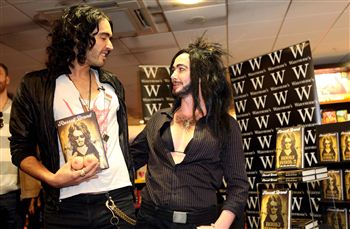 She said she was delighted to meet Russell, and said she had dressed up as him for a fancy dress party a couple of years ago and it had been a big hit with friends.