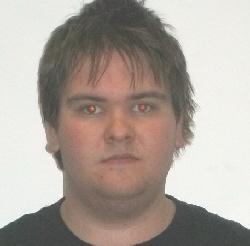 A 23-YEAR-OLD music teacher has been convicted of possessing dozens of indecent images and sexually exploiting young boys.

Andrew Kingsley pled guilty to using the internet to befriend children, and spending hours on social networking sites in a bid to seek out victims – some as young as 12 – and earn their trust.

All 31 of the offences happened between October 2006 and December last year, some of which included serious sexual assaults, committed in Fife and Strathclyde.

Edinburgh’s High Court heard how officers from Fife Constabulary recovered more than 3,400 chat logs from Kingsley’s computers – with many of the conversations described as “sexually explicit”.

They also found pornographic video footage and a number of photographs, as well as a large amount of text messages on his mobile phone containing sexualized chat.

Kingsley was also found guilty of abusing his position of trust as a school music teacher to commit similar offences against young boys.

Detective Superintendent Garry McEwan, head of crime management for Fife Constabulary, said: “The extremely serious offences that Andrew Kingsley was prepared to commit not only serve as evidence of his utter disregard for the consequences of his actions, particularly the devastating effects that he must have known his abuse would have on his young and vulnerable victims, but also highlights that unsuspecting children and teenagers using the internet are at risk of being targeted by predatory sex offenders who are intent on grooming them for sexual purposes.

“Kingsley also chose to abuse his position of trust as a high school music teacher and was prepared to exploit his profession in order to gain the opportunity to commit further offences against young people.

“However, I would like to stress to our communities that instances of such breaches of trust and abuse of power and responsibility remain rare.

“Fife Constabulary is fully committed to tackling those who commit sexual crime and protecting those most at risk.”

“He worked with children, and there can surely be no greater betrayal of a child’s trust and no behaviour more damaging to young lives than to use them as he did for his own sexual gratification.”

Kingsley has been remanded in custody until January next year.