Swinger is found with indecent images of children on his computer 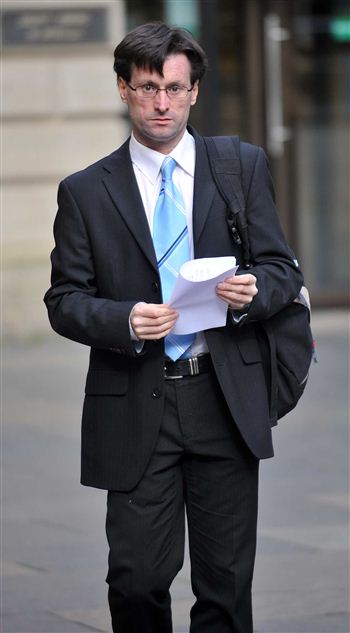 A SICK swinger who invented a baby daughter to fantasise about on an internet chat room was found with hundreds of indecent images of children on his computer.

Simon Black, 36, from Cardenden, Fife, and his ex-partner used chat rooms to find “like-minded couples” to have group sex with.

It was on one of these chat rooms that Black – under a pseudonym – started talking to a woman from Derbyshire.

She reported him to police after the conversation turned towards children, and when officers visited his house they found the indecent images on his computer.

Depute fiscal Gerard Drugan told the court that suspicions were raised after the conversation between Black and the other chat room user became paedophilic.

While talking to the woman – using the name Carole Storey – Black referred to a fictitious baby daughter and the woman’s baby son taking part in a sex act.

Mr Drugan said: “The discussions between ‘Carole’ and this lady were of a sexual nature.

“He then described sexual conduct with the child.

“This was all a fiction. However, the lady became concerned and reported matters to her local police.

“An enquiry was passed to Lothian and Borders Police and the messages were tracked back to the computer used by the panel.”

When police visited Black’s house in the Sighthill area of Edinburgh they confiscated a computer, laptop and diary which contained references to more paedophilic chats as well as the indecent images.

Mr Drugan added: “The diary and the computer made reference to similar paedophilic chat.

“The computers were examined for the presence of paedophilic images in both still and movie format.”

Almost 400 still and moving images were recovered from the computers including seven at the highest level and four films.

Defence agent Jennifer Cameron said that Black had co-operated with police from the beginning and went on to say that some of the images had been deleted when they were found by officers.

“The inaccessible ones are the ones he did not have access to. Some had been deleted and were not accessible to Mr Black.”

Sheriff Isabella McColl deferred sentence until the end of November for reports.