Schoolboy flashed women before pulling down their leggings 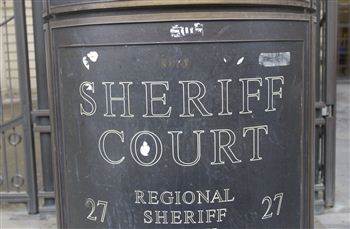 A SICK schoolboy flashed at two women in their 20s – before trying to pull down one of their leggings.

Mohammad Sohaib, 16, started following the girls as they walked down Gordon Street in Edinburgh before grabbing one of them on the bum and asking her “why do people not like to have sex in this country?”

The teenager then exposed himself to both women before trying to pull down the leggings of the other girl.

Today at Edinburgh Sheriff Court, Sohaib pled guilty to two charges of assault and one of public indecency on February 15 this year.

The court heard that the two women had met each other at 4pm to go and view flats for rent.

As they made their way down Gordon Street in Leith they noticed that the baby-faced schoolboy was following them.

Depute fiscal Malcolm Stewart said: “They were walking down Gordon Street when they noticed the accused following them.

“The first thing [she] noticed was that he touched her on the buttocks and made fairly lewd remarks.

“He said ‘why do people not like to have sex in this country?’

“He exposed himself to both of them and then turned his attention to the other complainer and tried to pull her leggings down.

“The women were quite distressed and pushed him off.”

Defence agent Robbie Burnett told the court that Sohaib had been suspended from school because of the court case.