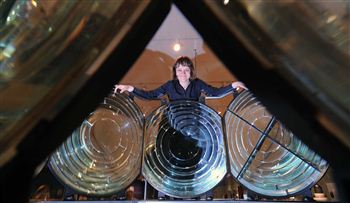 SCOTLAND’S lighthouses are being celebrated in a new exhibition at the National Museum in Edinburgh.

Marking the 200th anniversary of the world’s longest surviving lighthouse – the Bell Rock near Arbroath – the display tells the story of the people who built and operated some of the country’s oldest lighthouses.

It features unseen collections including giant optics, beacons, photographs and models – some of which date back to the 17th century.

The Bell Rock was designed by Robert Stevenson, whose family had strong connections with Scottish Lighthouses, who designed and built almost every one of Scotland’s 208 lighthouses.

Alison Morrison-Low, principal curator of Historic Scientific Instruments and Photography at National Museums Scotland, said: “Lighthouses remain some of our best-loved landmarks and we believe visitors will be fascinated to see and hear about their history, from the Scottish engineering ingenuity involved to the personal stories of the men and women who kept the li 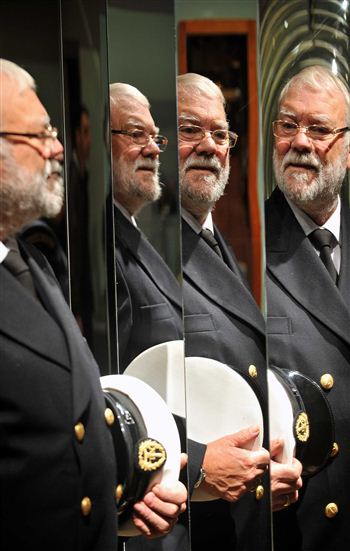 “The lighting of the Bell Rock 200 years ago was a tremendously important development, both for lighthouse technology in general, and for the Stevensons – Scotland’s lighthouse family.

“We’re delighted to be able to mark the anniversary with such an important exhibition.”

Neil Oliver, broadcaster, historian and author, said: “As someone who has swum out to the Eddystone Lighthouse and slept in the most remote lighthouse in Britain, I have a real love for these beautiful, dramatic and amazing structures.

“I’m glad that Scotland’s vital role in the creation of lighthouses will be told in this exciting exhibition and I’m really looking forward to seeing it for myself.”

Shining Lights: The Story of Scotland’s Lighthouses opens tomorrow (Fri) at the National Museum of Scotland, and is set to run until the beginning of April next year.