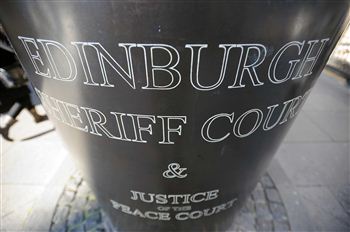 A MAN who was found with two kilos of cocaine in his car boot was driving with a 14 year old in the vehicle when he was stopped by police.

Andrew Logan, 46, was stopped by police on Edinburgh city bypass after they received a tip off about his car.

As soon as he was stopped, Logan confessed to officers and showed them the drugs stashed in a bucket in the boot.

Depute fiscal Melanie Ward said: “Information was received that the vehicle may be carrying controlled drugs.

“Police stopped and searched it at 2.30 in the afternoon on June 22.

“The accused immediately said ‘what you are looking for is in a bucket in the boot of the car, it has nothing to do with the laddie’.”

Officers found two bags in the bucket, each containing two blocks of cocaine, worth a total of £100,000.

Sheriff Mhairi Stephen deferred sentence on the unemployed father of four from Longridge until next month for reports.