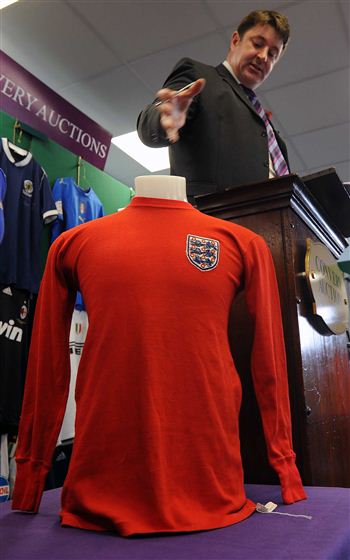 THE 1966 World Cup medal belonging to Nobby Stiles has broken the world auction record selling for a staggering £184,000 – helping him net almost half a million pounds in sales.

The medal was sold in Edinburgh yesterday (wed) along with other memorabilia from the 68-year-old’s career including his 1968 European Cup medal while the sports legend was out shopping for footwear.

Some of Nobby’s family were at the Convery auction house to see the precious items go under the hammer.

One of his sons, John Stiles, 46, ran outside to phone his dad as soon as the lots were finished.

He said: “My mum and dad aren’t in the house – they are away shopping for shoes.

“I think that we are pleased.

“We didn’t know what to expect but we knew that we had a decent bit of interest in the World Cup medal.

“It is tinged with a little bit of sadness but at some stage it was inevitable.

“In a perfect world we wouldn’t have sold them but my Dad had a little turn in the summer.

“He has got the memories. He enjoyed his career and played with great players.

“He still sees some that he used to play with including Bobby Charlton and you can’t take that away.”

Mr Stiles admitted that his dad isn’t one for showing off which is one of the reasons for selling the items.

He said:”He never had any of the medals or football tops on show.

“My dad doesn’t even like to ask for tickets to go to Old Trafford.

“We have kept a few bits and bobs but nothing of major significance.” 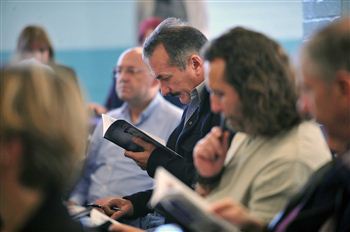 The auction played host to a number of other sporting collectables but when it was time for the Nobby Stiles collection the whole room sat up.

Interest in the lots stretched far and wide including Australia and Chile.

Nobby is one of only three Englishmen to have won both the World Cup and European Cup in his career, along with Bobby Charlton and Ian Callaghan which is what sparked a lot of interest.

The hammer fell at £48,300 for the 1968 European Cup medal which also went to the Manchester United club museum.

Mark Wylie, the museum’s curator, said: “Manchester United decided to buy the items because he is officially a club legend.

“He is part of the club legends section that we have within the museum along with George Best and Bobby Charlton.

“We wanted to make sure that he was represented.

“He is one of those iconic players.”

The museum narrowly missed out on a few of the lots including Nobby’s European Cup final shirt which sold for £29,900 but Mr Wylie said that they had a few figures in mind that they had to stick to.

He added: “I would have liked to have got the two championship medals.

“I hope the fans will be pleased.

“We will get all of the items on display as soon as possible.”

A raging phone bid war started over Alan Ball’s 1966 World Cup Final shirt which was gained by Nobby Stiles as a swap after the match.

The European Cup shirt with fees and VAT sold for £49,402 and the famous World Cup jersey cost the winning bidder £51,755.

Historic Celtic souvenir up for auction 262