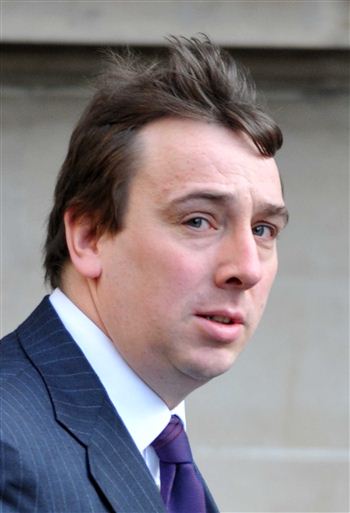 A MAN who embezzled more than £5,000 from the shop he was in left in charge of by faking cashback transactions has escaped jail.

Richard Humphries, 32, put £50 cashback through the company’s system on credit card payments then pocketed the cash to feed his gambling addiction.

He managed to steal £5,500 before being caught by an auditor who became suspicious of the assistant manager.

Today at Edinburgh Sheriff Court Humphries was sentenced to 160 hours community service after previously pleading guilty to the thefts between August 10, 2009 and May 12 this year.

The court heard that Humphries had been using “phantom transactions” to hide the fact that the money was missing from the tills.

When customers paid by credit card at The Avenue Stores on Blackford Avenue, Edinburgh, Humphries would add £50 cashback on to the shops records.

As he was the one responsible for checking that the money in the tills matched the transactions, it wasn’t until an auditor was called in that the crime was spotted.

Depute fiscal Malcolm Stewart said: “Mr Humphries was in sole charge of checking all the money and card sales.

“The auditor became suspicious that he had been taking money from the business.

“Once he was interviewed by police there was a very full confession from him.

The court heard that Humphries had racked up his debts on gambling site Betfair.

At the height of his problems he tried to commit suicide but is now trying to get his life back on track with the support of his family.

The court heard: “He attempted to take his own life but he is determined to right the wrongs he has made.

“What he has done since then is cancelled his Betfair account and is going to Gamblers Annoymous.

“His parents have been very supportive and helped out in financing that repayment.”

The court heard that Humphries’ parents had also bought the house he shares with his wife and would be renting it back to the couple – who are expecting their first child next March – while Humphries repays his existing debt.

With £25,000 still owed on credit cards and a further £30,000 to his parents, Sheriff Crowe said that Humphries is lucky to have their support.

He said: “Mr Humphries you are a very fortunate man. You have your family standing beside you and they have assisted you in squaring up the money side of things, the money that you stole.

“It was a serious breach of trust.

“There is very little social work people can do about a gambling problem – I am pleased you are taking steps to address that.

“You got carried away by the internet gambling – maybe you thought you were breaking even but you’ve just got to accept it’s not going to be a way out of your financial difficulties.”