Homes without internet or calls after car KOs phone lines 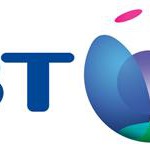 ENGINEERS will tomorrow battle to restore internet and telephone services to some 50 homes after a BMW ploughed into a telegraph pole this morning (Monday).

The driver had to be cut free from his car but was not seriously hurt after he hit the pole half a mile outside Auchmuirbridge on the A911 towards Leslie in Fife at 10.30am.

Those affected were to be left with no service through the night as work to replace the telegraph pole will only begin in the morning.

Journeys will be disrupted further as temporary traffic lights have also been put in place while the overhead cables are replaced.

A spokesperson for BT was able to confirm that the accident had taken out the telegraph pole and that the lines were down.

She said: “It is unknown at present how many people have been affected, there is the possibility that up to 50 services are down. Openreach engineers will have to climb the pole and re-string the cables.”

The impact of the car caused damage to the telegraph and brought connecting wires down and left the vehicle on its side.

Fife fire crew removed the roof of the car to free the man who was then taken by ambulance to Queen Margaret Hospital, Dunfermline.

A police spokesperson said: “The road was closed because BT were having to reinstate the telegraph pole and the car had to be removed from the road.

He added: “The driver was slightly injured and was taken to hospital.”

Dunedin IT drags Bamburgh Castle out of the data Dark Ages