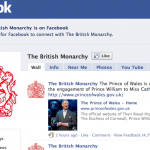 PRINCE William is to marry his long term girlfriend Kate Middleton, it has been announced today.

The couple, who have been together for eight years, got engaged last month while travelling in Kenya.

The Prince asked Kate’s father Michael for permission to wed his daughter in a ceremony to take place next year.

Clarence House announced that they will marry  in London, either in Spring or Summer.

It ends weeks of feverish speculation after her parents, including mother Carole, were seen at the Queen’s Scottish estate at Balmoral last month.

The Queen was said to be “delighted” by their decision.

The Princess Royal, who was in Edinburgh today for an official event, also said the news was “very good”.

In a statement a spokesman for Clarence House said: “The Prince of Wales is delighted to announce the engagement of Prince William to Miss Catherine Middleton.

“The wedding will take place in the Spring or Summer of 2011, in London.

“Further details about the wedding will be released in due course.”

It added: “Prince William and Miss Middleton became engaged on October during a private holiday in Kenya.

“Prince William has informed The Queen and other close members of his family.”

“Following the marriage the couple will live in north Wales where Prince William will continue to serve with the Royal Air Force.”

The Prince, second in line to the throne, received his pilot’s wings at RAF Cranwell on 2008 and has been working as a search and rescue pilot.

He met his future bride while both were studying at the University of St Andrew’s  – which today quickly offered its congratulations – back in 2001.

A university spokesman said: “We are absolutely delighted for William and Kate and their families.

“St Andrews is a special place – one in ten of our students meet their future partner here, and our title as Britain’s top match-making university signifies so much that is good about this community.

“2011 will see the launch of our 600th anniversary celebrations and we will be proud to share our anniversary with the royal couple.

“We hope that they will take the opportunity to return to Scotland and join us in celebrating the romance of St Andrews.”

“Of course this was a match made in St Andrews, and everyone in Scotland will join with me in wishing the Prince and Ms Middleton every happiness as they look forward to their wedding day, and a long and fulfilling married life together.”

Within an hour of the announcement being posted to the official British Monarchy page on Facebook, some 2003 people had ‘liked’ the status and a further 562 people had commented.