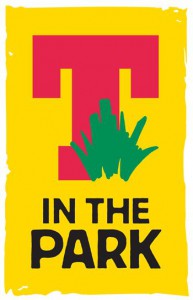 HOT on the heels of announcing Foo Fighters as the first headliner for T in the Park 2011 – California boys Blink 182 are also joining the bill.

Festival organisers DF Concerts and founding partner Tennent’s Lager have confirmed that the Blink 182 boys will also join live music fans in Balado across the weekend of 8, 9, 10 July 2011.

With 25 million worldwide album sales under their belt, the pop punk trio from Poway California formed in 1992.

They released five studio albums including multi-platinum selling breakthrough album Enema of the State (1999) between 1994 and 2005, before breaking away from the music scene.

The 51st Grammy Awards in 2009 brought the band back together and with a new album planned for release in spring 2011, Blink 182 will be back with a bang at Balado.

Geoff Ellis, festival director, said: ‘Blink 182 are renowned for their amazing live performances and fans are in for a real treat when they play T in the Park next year.

“This is the second world class band we’ve announced and there’s plenty more to come. Watch this space.’

George Kyle, head of sponsership Tennent’s Lager, said: “Attracting international bands like Blink 182 and Foo Fighters further proves that T in the Park is one of the UK’s biggest and best festivals. Our 85’000-strong audience are in for another great year.”

All Christmas Earlybird Tickets are now sold out and the next batch of tickets will go on sale in February.

For more information go to www.tinthepark.com or join the T in the Park Facebook page.