THE TREE was lit and an array of food laid out ready for a festive dinner, but this was not a typical Christmas Eve scene.

Drug and alcohol addicted men staying at a rehabilitation hostel in Edinburgh were keeping their spirits high by planning a special lunch with donations from local supermarkets.

As they geared up for a host of activities including a festive quiz, it was time for the guests to reflect on the circumstances that had brought them there. 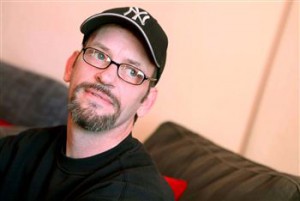 John Hart, 46, from Whitecraig, near Musselburgh, has been staying at the residential hostel for four months, to get his life back in order after a serious addiction to alcohol.

He first arrived at the hostel in 2009 and stayed for almost eight months before believing he was well enough to leave.

Mr Hart said: “I thought I was ready, but things started to unravel again.

“The first time I came here it was after my divorce, I found it so hard to cope and started drinking all the time.

“But I have five children, aged between eight and 21, and while I never drank when I was around them, it was getting to the point that I didn’t want to see them in case I had the urge to start drinking.

“This place has been amazing for me – it’s really helped me work through some underlying issues that I didn’t even know were there – it makes such a difference having people to talk to.”

The Residential Addictions Unit was set up by the Bethany Christian Trust and helps vulnerable men settle back into a stable environment.

It can take in 17 men at any one time, and guests tend to stay for around one year to18 months.

Mr Hart said he will stay at the centre until he is sure he can cope on his own.

He said: “I hope this is the last time I stay here – not because I don’t like it, I’ve made loads of lifelong friends here – but I have such a desire to change my life and this place gives you the tools and ideas of how to do that.

“It’s given me a chance to stop the drinking, I’m clean now.

“I know that something has to change, I can’t leave here the same person I was when I came in.”

Bethany Christian Trust offers a range of services, from practical support such as emergency accommodation for the homeless to longer term support to equip them with the skills they need to live independently within society.

Paul Stevenson, 27, originally from Essex, has worked at the hostel for five years and said he has seen people transform their lives.

He said: “It’s a great thing to see when someone leaves a more confident and happy person, they work hard to get to that stage and to witness them turning their lives round is amazing.

“We have a real community feel in here, everyone pitches in with the cooking and chores, it’s like a family really.

“We see around 30 guys come through here every year, and while it’s not always a success, they know we are here if we need them.

“At the moment we’re almost at full capacity with 16 people staying, but we often have a waiting list and have to choose who we think are the most serious about turning things around – not just getting sober, but those who actually want to make their lives better.

“We get a lot of self referrals, people coming out of prison and others who come through their doctors or social services.”

The Scottish Government and the Convention of Scottish Local Authorities (CoSLA) have formed a steering group with the aim of allowing every unintentionally homeless person an entitlement to settled accommodation by 2012. 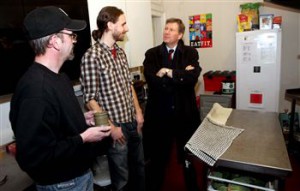 Justice Secretary Kenny MacAskill visited the hostel on Christmas Eve to praise the work of charities supporting vulnerable people during the winter months.

He said: “Homeless people are among the most vulnerable people in our communities, particularly during the cold winter months.

“It has been a privilege to be here today to meet the staff and volunteers who make a real difference and to speak to residents who are working hard to rebuild their lives.

“Charities such as Bethany Christian Trust perform an important service with dedicated staff and volunteers helping more than 4,000 homeless and vulnerable people every year.”