BLOG: Behind the scenes at Edinburgh’s Hogmanay

It was far too early in the morning to be doing radio interviews, but the team seem to have been chatting live on air on BBC Radio 5 Live, BBC Radio Scotland’s Good Morning Scotland, BBC Radio Bristol and surreally Melbourne Talk Radio – all before my first cup of coffee!

The 31st was always going to be a busy day for the Press Office and not only are we doing interviews talking about the Torchlight Procession last night, the Street Party tonight and One Day tomorrow, but we’re also busy setting up TV and Radio interviews for our performers and musicians.

Edinburgh’s Hogmanay is broadcast to over a billion people in 150 countries around the world and we are responsible for helping both UK and international journalists and broadcasters get their stories and images.   If you’re not coming along tonight, look out for live Broadcasts from Sky News and BBC 24 throughout the day and evening.

The Press Office is based in the Royal Overseas League on Princes Street, and although the Press Bar has a wonderful view of the Castle and Concert in the Gardens, our office is tucked away at the back – so I’m hoping I get a chance to sneak out at midnight to catch the fireworks.

Journalists and photographers have been calling in all day to collect media accreditation, confirm interviews and wonder how long it will take them to get from one end of Princes Street to another at 11.30pm.  The answer is about half an hour longer than you think it will.   It’s going to be a busy evening.

I can hear Billy Bragg doing a sound check – he’s opening Concert in the Gardens tonight – and Biffy Clyro’s sound check earlier this afternoon, which I caught on my way up to Edinburgh Castle, was drawing people down to Princes Street from the surrounding area just to catch a glimpse.

It sounded amazing and promises an excellent event later this evening.  They’re holding a press conference in the Caledonian Hotel in a couple of minutes, and I now must head along there now. 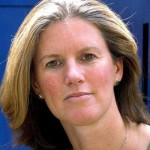 s Sutton is the Press Manager for Edinburgh’s Hogmanay.

Message from the Skies returns to Edinburgh