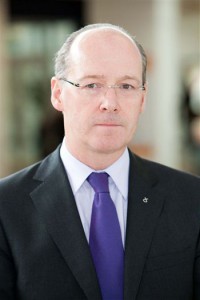 SCOTTISH Ministers plan to take £10 million from the pandemic flu budget and spend it on hosting the Commonwealth Games in Glasgow 2014.

The NHS is struggling with new cases of the deadly H1N1 strain which has taken four lives in Scotland while another 23 patients were admitted to intensive care.

But Finance Secretary John Swinney’s draft budget proposes to take the cash from the flu ‘contingency’ fund to subsidise the Commonwealth Games in Glasgow.

And the move has been widely criticised.

Jackie Baillie, Labour’s shadow health secretary, said: “It is quite clear that, with the threat of another swine flu pandemic, this is the wrong time to be taking money away from this budget and shifting it to other priorities.”

The number of cases is expected to soar this month, with the GP consultation rate for flu now more than 50 people per 100,000 visits.

Latest figures show the number of people with flu in intensive care has risen by 60 per cent in the past week to 738, with the number of cases expected to soar as children go back to school and employees return from the festive break.

Health Secretary Nicola Sturgeon said: “I’m making the assumption that flu is going to increase. We have to plan for the worst.”

In the SNP’s draft budget, unveiled in September, are details of a multimillion “transfer” to sport: “The £12.6m additional funding for Commonwealth Games 2014 in 2011-12 has been identified from contingency funding for Pandemic Flu together with procurement efficiencies within eHealth.”

If the proposal was passed by MSPs it would mean the swine flu cut will come into force in April.

A Scottish Government spokesperson said: “£10m came from the pandemic flu budget and £2.6m from eHealth. None comes from the new £280m being spent on the health budget. It is a combination of contingency money and efficiency savings.”

Meanwhile scientists believe they may have tracked down a vital weapon against swine flu.

Research has shown that an extract of red seaweed – widely found around Scotland’s coast – could be as effective at blocking the deadly H1N1 virus as current drug Tamiflu.

The researchers from Vienna University found that the carrageenan extract helped create a barrier inside the nose and blocked cold and flu viruses, including swine flu.

“And with increasing viral resistance to Tamiflu the need for alternatives has never been greater.

“This confirms that carrageenan can be used as an alternative and should be further tested for prevention and treatment of influenza in clinical trials in humans.”