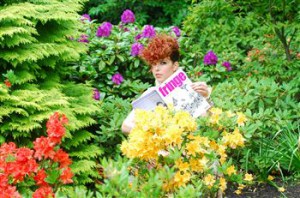 PROMOTERS of the Edinburgh Festival Fringe have axed a cheap £5 ticket promotion after only two years.

The Five Pound Fringe was set up by comedy promoters Lisa Keddie and Jon Briley in 2009 in a bid to tackle concerns about the rising cost of attending Fringe shows.

But now it has been decided that the award-winning scheme is financially unviable after promoters admitted the venture had been partly subsidised by Mr Briley’s own comedy management agency over the past couple of years.

Another factor in the decision is that the nightspot GRV in Edinburgh’s Guthrie Street, one of four main venues used to stage Five Pound Fringe shows, has been put up for sale.

A spokesman for the Five Pound Fringe said: “The £5 ticket price was significantly cheaper than most of the larger venues at the Fringe, and the Five Pound Fringe programme was credited for having helped reduce the average entrance fee in 2009 by £1.62 – a 17 per cent decrease on the previous year.

“However, the programme was subsidised by Jon Briley’s company and, with escalating costs and the sale of one of its central venues, the GRV, the decision has been made that the Five Pound Fringe will not return next August.”

More than 70 shows were included in last year’s programme, which was staged across ten venues.

Participating acts were asked to pay £350 to register in the Five Pound Fringe booklet, as well as their registration fee for the official Fringe programme.

The Five Pound Fringe sold more than 17,000 tickets in its first year and big-name acts like Mark Watson, Robin Ince and Richard Herring had shows in the programme.

Jon Briley added: “It’s a measure of the Five Pound Fringe’s success that in the space of two short years, we achieved our aims: to make tickets cheaper for Fringe-goers – encouraging people to seek out performers that they possibly wouldn’t have heard of – and to create a viable middle-ground between the Free Fringe and Free Festival, and the established venues.

“I still strongly believe in the ethos of the Five Pound Fringe and hope that, in the absence of a centralised Five Pound Fringe, many other venues will take on board the attraction of including at least some £5 tickets in their programme.”

A total of 558 free shows were part of last year’s Fringe which improved on the previous year’s record of 465.

Around 80 per cent of the shows were staged by two promoters, Peter Buckley Hill and Alex Petty.

Performers do not charge for any of these shows but often ask for a cash contribution from the audience afterwards.

Acts are not charged for entry into the Free Fringe, although Alex Petty charges £40 per show for help with marketing and PR, and technical expertise.

Peter Buckley Hill said: “I always felt that the Five Pound Fringe was a bit of an uneasy compromise.

“When it came down to it, the ticket price for a Five Pound Fringe show was not too far removed from what you’re paying for a ticketed comedy show at the Fringe if they have an offer running.

“We saw huge expansion again last year and it’s getting to the stage now where we’re struggling to find new venues.”

Alex Petty said: “I had heard rumours about this, but it’s still a real shame that the Five Pound Fringe isn’t happening again. Anything that adds to the value of the Fringe has to be a good thing,

“It was a totally different concept to what we do, as you still had to pay to go to the show, whereas all of ours were free, although on average we find people put around £2.50 into the bucket at the end.”

A spokesman for the Fringe said: “The Five Pound Fringe was successful and will leave a positive legacy.

“It is the nature of the Fringe that initiatives and organisations come and go but we are pleased that those behind the company will continue to contribute to the festival.”