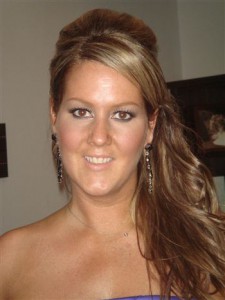 A SCOTS woman travelling home from Singapore for Christmas who had her luggage containing presents for all her family lost says she is STILL waiting for her baggage to show up.

Claire McDonald, 36, and her husband, Colin McDonald, 37, flew from Singapore on December 18 into Charles de Gaulle Airport in Paris to catch a connecting flight home to Edinburgh to be with family for Christmas.

After a few delays and cancellations the next day, the couple were eventually on their way to Edinburgh, but when they landed there was no sign of their luggage.

And now more than two weeks later the senior destination consultant still does not know when her case will be delivered.

She said: “On the 19 December our flight was cancelled and the staff there told us that our baggage didn’t make the flight. Since then we have had no communication with Air France.

“We were coming from a warm country to a cold country so we didn’t have on the right clothes.”

Claire added: “We heard apparently that there was a backlog of about 50,000 cases that were being kept in a container in Charles de Gaulle Airport.

“They (Air France) have an online tracking system but the staff aren’t even updating it. The managers aren’t telling the Air France staff what is happening.

“One member of staff said it’s horrific and managers are unsure what to do.

“I completely understand that the flight was cancelled but with it being over two weeks that we have been without all out clothes and Christmas gifts.”

She added: “The customer service has been a disgrace Paris end, getting more frustrated by the minute.”

But Claire isn’t the only passenger who has been affected by lost luggage.

Many angry passengers have been leaving messages on Twitter.

One user by the name of Srulii said: “Air France showed up at my door at 1:15am to return my bag. It was the wrong bag.”

While another tweeter by the name of hoskil, who lives in France, posted a picture of their bag which showed luggage tags from Amsterdam and Japan.

A spokesman for Air France said that he could not comment on specific cases but that various flights had been disrupted over the festive period because of the weather.

He added: “Now we are getting back to normal. We carry more than 100,000 luggage per day and 99% of the time it is delivered without a problem.”

A message on the Air France website reads: “The disrupted flight operations have also delayed the baggage delivery service.

“Air France has reinforced its teams in an aim to ensure baggage is delivered as quickly as possible to those customers who have not yet collected their baggage.

“However, it will take several days before the situation is back to normal.”

“We will be speaking to our handling agents and airlines to ensure no other passengers are affected in this way.”