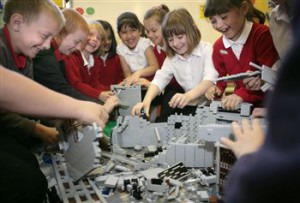 THE number of teachers dying from a lung disease caused by asbestos has grown almost four times since thirty years ago.

Figures show that 258 teachers in the UK died from the deadly lung disease mesothelioma between 1980 and 2005.

The shocking figures have sparked a campaign from safety group Asbestos in Schools to make schools safe for pupils and teachers.

Mike Lees, head of Asbestos in Schools, tragically lost his wife Gina, a nursery teacher, to mesothelioma when she was just 51.

He said: “Pleas to make schools safe are being ignored.

“We’ve spoken to the UK Government ministers and presented them with the evidence that people are dying because of exposure to deadly asbestos in schools but so far no-one has had the courage to tackle this.

“I assume the huge cost of repairing and replacing schools with asbestos risks will be deemed too high for this government.

“But what is the price of a child’s or teacher’s life?”

Asbestos was widely used in building schools in Scotland and the rest of the UK from the 1950s to the 1980s.

Any disturbance to the walls including repairs to roofs or bumping desks against the walls can potentially release the invisible killer.

The UK was once the world’s biggest importer of brown asbestos, which doctors believe is 100 times more harmful than white.

Robin Howie, a member of Watch, the Government’s advisory parliamentary committee on science, said: “The evidence that some UK schools are constructed with brown asbestos which escapes into the atmosphere through poorly repaired and maintained buildings and by knocks to the walls is clear.

“Rates in male and female classroom workers are 10 and three times higher respectively than expected in jobs not exposed to asbestos.”

The UK now has the highest incidence of mesothelioma in the world.

And a leading Scots law firm has confirmed that it is handling cases for teachers dying from the disease.

Frank Maguire, senior partner at Thompsons, said: “Teachers are among a number of professions where we now see people die as a result of asbestos exposure.

“We are dealing with two cases involving teachers and have had cases in the past which include school and kitchen staff.”

Glasgow City Council was told last February from the Health and Safety Executive (HSE) that it was failing to manage risks from asbestos in primary schools and in June 2009 Highland Council was also warned.

A spokeswoman for the HSE Scotland said: “There are key lessons for the whole education sector.

“Those responsible for managing asbestos must be properly trained and management plans setting out measures to be taken to manage the risks must be in place and readily available.”

A spokeswoman for Glasgow City Council, said: “All the points raised were swiftly dealt with and signed off by the HSE on their return visit.

“Glasgow has a very stringent policy on the management of asbestos and updated and ongoing training was delivered to all early years, primary and additional support for learning heads last year.”