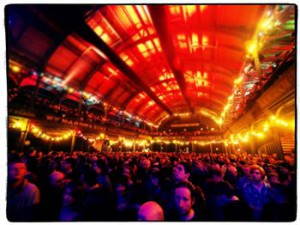 For 18 days the festival will host over 1,500 performers in more than 300 events attracting world renowned musicians such as Dylan, The Waterboys and arguably among Scotland’s greatest folklorists, Hamish Henderson.

The increasing popularity and success of the event was recognised by various awards including the Best Traditional Event at the Scottish Event Awards and Best Cultural Events at the UK Event Awards – impressive for a festival that began as a programme filler during the quiet winter months.

He said: “The original artistic director of this festival, Colin Hind who worked on a programme of events all through the year had just a simple idea and a great one that in January it was very quiet in the hall.

“There were no shows going on, there was nothing happening and they basically had this idea to put on a few shows in January,  that were of a theme of a strand which was Celtic music and that very first year I think they were just really blown away by that reaction.

“In many ways I think it was the first time that an organisation had been brave enough to take traditional music and put it on a proper concert hall stage with proper production, charge proper ticket prices and get it out of the bars and folk clubs if you like and on to a real concert hall stage.”

The festival welcomes a variety of musical styles including jazz, gospel and indie to name a few but always encourages a link, or connection if you will, to Celtic music.

Donald said: “It started as a small winter festival with 12 concerts very much about Celtic and traditional music in Scotland and that’s continued to be the backbone of the festival.

“But we’ve built on that and it now encompasses a lot of other genres of music in terms of world music in terms of jazz, gospel, indie, pretty much all strands of music.  Along the way we like to think there is a connection to the Celtic side of things as well.

“I think we’ve reached the point where artists raise the bar because it’s a very high profile festival we put the shows on in great venues very high production, very high media and so the artists take the opportunity to celebrate their work in slightly more ambitious ways than they might normally do.

“And do we might have a band coming in and instead of doing their normal show they might look to collaborate other musicians from the Celtic and traditional music world or from beyond and create something special for the festival.

“I think certainly they would consider it as that they’re in the shop window of Harrods it you like of music festivals in the sense that there is a lot of attention and interest in what they are going to perform.

“I wouldn’t embellish it as much as to say that this is their pinnacle, there’s a lot of great festivals in the world, world and traditional music festivals.

“I think probably in Scotland we are the most important festival of this type.

“We’re just a vehicle for the musicians aspirations and logistically we make sure things are possible, the stages and production and the atmosphere as well I suppose.

“But it’s really up to the musicians to integrate and cause that spark of excitement I think the whole backstage social side of it has been a big part of the development of a lot of shows and musicians coming together and having ideas.

“I guess we just try and facilitate that, it’s a magic spark that you can’t as such create you can just put people in a room and hope that that does work.

The festival was launched on Thursday with a torchlight procession through the streets of Glasgow, from George Square, up Buchanan Street to the front of the Concert Hall.

Leading the march of people who had applied in advance to be a torch bearer was the city’s Lord Provost, Bob Winter.

Mr Winter was delighted to welcome Celtic Connections back to Glasgow.

He said: “It’s an incredibly important event for Glasgow, first of all we’re like anybody else in this part of the world, there’s that kind of gloom that kicks around post yuletide period and this really takes us right out of it.

“Glasgow is known obviously for being the centre of Scottish classical music, ballet and opera but we are without a doubt the centre of Celtic music here in the city.”

He added: “It’s just wonderful to have a great event like this with people from around the world joining in with us to help celebrate with us.” 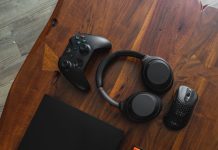