TWO fire crews battled a blaze for over two hours at Longannet power station in Fife. 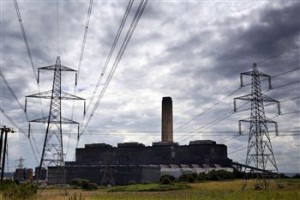 today in the basement level of the coal-fired plant, which is operated by Scottish Power.

No one was believed to have been injured and the blaze was extinguished shortly before 1pm.

A Fife Fire and Rescue spokeswoman said: “We sent two appliances to a fire at Longannet power station at 10.45am.

“The fire was in the basement level of the facility and one main jet was used to extinguish the blaze.

“No one was injured.”

The power station, which is situated on the north bank of the Firth of Forth, near Kincardine on Forth, is the second largest in the UK and has been open since 1973.