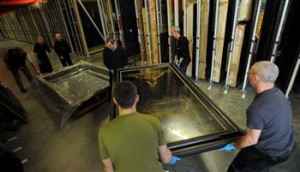 AN iconic painting by Spanish artist Salvador Dali has been returned to Scotland after spending six months on-loan in the US.

The Christ of St John Cross, which was voted Scotland’s favourite painting in 2005, is back in Glasgow.

In February it will be moved back to its permanent place at the Kelvingrove Art Gallery and Museum, where it will be given a new location.

The painting was bought by the Glasgow Corporation for £8,200 in 1952 – one year after it had been completed.

Glasgow Life, the organisation that runs the city’s museums, art galleries and libraries, said it emerged during the US show that the painting was admired by Senator Robert Kennedy when it was on loan to America in the 1960s. 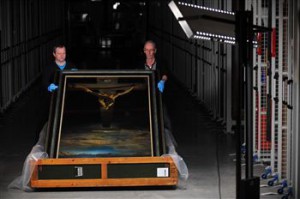 Councillor George Redmond, a spokesman for Glasgow Life, said: “The iconic Christ of St John of the Cross is back home in Glasgow and will soon be back at Kelvingrove where hundreds of thousands of visitors will be able to enjoy it.

“There is no doubt this painting has been missed, but we have learned much about the significance of it in Dali’s body of work.

“When it returns to Kelvingrove it will have a new home in the museum and a new display which will reflect our greater knowledge of this masterpiece.”