BSC consortium is taking fresh legal action against tram firm TIE, claiming it owes £3 million for work carried out in 2009, which was only expected to cost £2 million. 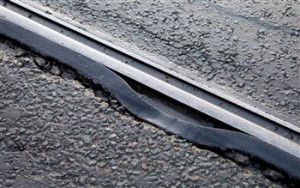 TIE has already handed over around £9 million to the contractors, which includes Bilfinger Berger, Siemens and tram vehicle manufacturer CAF.

BSC is now set to take the row to an adjudicator to decide.

The tracks on Princes Street were due to cost £2 million, but that figure rose to £8 million last year.

The quality of the work has also been criticised after a series of patch-up jobs were carried out last year when part of the road’s surface began to crumble as traffic went over it.

Deputy council leader Steve Cardownie said: “The public purse has to be defended as much as possible.

“[£12 million] seems a high price to pay for a couple of sets of tracks going from no where to no where, which also appear to be of a poor standard.”

John Carson, a former director of maintenance at Network Rail, has been a long-standing opponent of the project.

He said: “It’s a shambles and is only going to continue to break up.

“The whole thing is an absolute eyesore and starting to resemble a patchwork quilt.”

A spokesman for the tram project said: “As we have made clear already, moving forward into mediation, it is more important than ever that we adhere to a strict principle of confidentiality towards the dispute and adjudications in order for us to obtain the best possible resolution for the city.

“It is, however, incredibly disappointing that sensitive information of this nature has made its way into the public domain at this point in negotiations.”