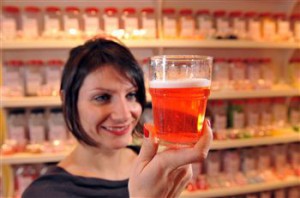 SWEET-TOOTHED shoppers can roll back the years as a new generation of childhood favourite ‘Creamola Foam’ makes a comeback on Scotland’s shelves.

The powder will strike a chord with youngsters of the 1950s right through to the late 1990s, when manufacturers Nestle stopped production of the favourite, sparking a wave of disappointment and a growing campaign for its return ever since

Making its comeback after more than 12 years, the iconic dissolvable-crystals drink can be picked up from I Love Candy, on Hanover Street, Edinburgh, or Byres Road in Glasgow.

Online forums have been brimming with reflections of the drink and nostalgic people campaigning for the return of the drink. 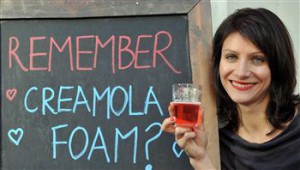 Lisa McAllister, 31, from Glasgow, is the owner of I Love Candy and said the tubs have been flying off the shelves since they were reintroduced in November last year.

She said: “We decided to start selling it because so many customers were coming in and asking about it. It was non-stop.

“Quite a few of the staff members are English, so I don’t think they knew what it was.

“It is the second national soft drink after Irn Bru in Scotland.

“It’s just complete nostalgia – it’s like drinking liquid sherbet and it just takes you right back to when you were five years old.”

The foam sold in I Love Candy is packaged differently, as Nestle owns the name, and Ms McAllister said they wanted to make it fit in with the bright theme of the stores.

She said: “It’s made in Ally Bally 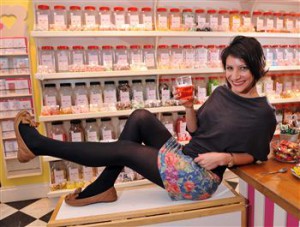 Bees in Leslie, near Glenrothes in Fife, and is produced under the name of Krakatoa, but it is exactly the same recipe.

“I know they are working towards a similar packaging, like the tin with the cartoon boy and girl that was infamous at the time.

“I thought I remembered what Creamola Foam tasted like until I actually tasted it – suddenly I was seven again.

“It’s such an evocative flavour and this stuff is totally identical.

“We did a count down in our window with a sign saying ‘Do you remember Creamola Foam?’ with the amount of days left until we started selling it.

“Everyone was so excited – we had customers queuing up for it every day at first, and that first weekend was out busiest Saturday ever.

“It’s absolutely our biggest seller at the moment. 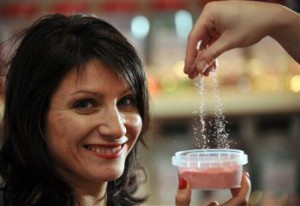 “I’ve noticed a bit of a trend too, people in their late 30s up to their mid 60s seem to go more for the orange flavour and the younger customers choose raspberry – I think it has something to do with what flavour was being produced most in their childhood days.”

The Byres Road shop has been open for three years, and the Hanover Street store opened for business about 18 months ago.

The drink originally came in raspberry, orange, and lemon flavours and cola was a later addition to the range.

Visit I Love Candy at www.ilovecandystore.com