From the Kremlin with love: Soviets liked “working class” Connery 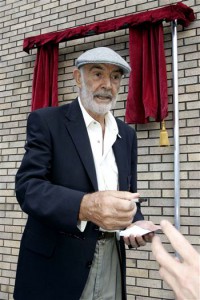 BOND star Sean Connery was admired by Soviet leaders because of his humble background, according to a close friend.

The Kremlin took a close interest in the 007 actor because of the anti-Soviet tone and content of some Bond movies.

And some Politburo members feared the Scots actor shared the “dangerous imperialist tendencies” of the MI6 agent he portrayed.

But Murray Grigor, who co-wrote Being a Scot with Connery, said opinions changed after Connery made a film about a Glasgow shipyard.

The 1967 documentary, The Bowler and the Bunnet, was Connery’s one and only project as director.

The low-budget, black and white film celebrated the workers at the Fairfield yard. Connery looked at an industrialist’s efforts to improve relations by bringing workers on to the board.

The Bowler and the Bunnet was shown at a Russian film festival. According to Grigor, members of the Politburo who saw the film were convinced of the actor’s “unimpeachable proletarian credentials”.

Britain’s ambassador to Estonia, Peter Carter, said the documentary even helped get Connery work in a movie shot in the former Soviet  Union.

“Sean told me about it. They couldn’t possibly employ an imperialist and they would have viewed the Bond films as decadent,” he said.

“The reason he got the film was because The Bowler and the Bunnet was shown at a Russian film festival and it would have chimed with their outlook.”

Connery, who was born in Edinburgh to a cleaner and a factory worker, is said to have been impressed by the skills of film-makers behind the Iron Curtain but deplored the reality of life under Communism.

Grigor said: “He saw how people were in a terrible situation. He once went into a big department store in Moscow and there was a whole pile of left shoes. They said they didn’t have the right ones. He saw the whole system as pretty messed up.”

Connery has a large fan base in Russia. Carter himself recently unveiled a bust of the star in neighbouring Estonia.

The Bowler and the Bunnet is showing at selected cinemas next month as part of a season of films about Britain’s shipyards.

PREVIEW: War, peace and identity – the history of a lost nation of Soviet Koreans

Scots accent no better than English in adverts, claims research