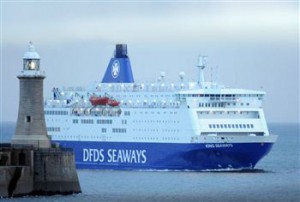 A FERRY service from Newcastle to Amsterdam has proved a massive hit with Scots travellers.

More than half a million passengers travelled on the DFDS Seaways route last year – one in five of them from Scotland.

John Crummie, the firm’s passenger director, said: ”2010 was an exceptional year in terms of unexpected travel delays at airports and many  Scottish passengers, especially families, switched from air to sea travel with many discovering the attractions of the Newcastle service for the first time.  We anticipate this trend will continue in 2011.

“Scottish travellers are also clearly seeing the attractions of making a short car journey across the border for travel to Europe, with or without their vehicle.”

The route has also provided a major boost to Scotland’s tourism industry with around 57% of Dutch and German passengers sailing in to Newcastle visiting Scotland as part of their visit to the UK.

Aoife Desmond, VisitScotland’s International Marketing Manager for Europe, said:  “Tourism is Scotland’s most important industry, bringing £11 billion into the economy and supporting more than 270,000 jobs. Good transport links are crucial for growth, which is why DFDS Seaways results make such important news. “