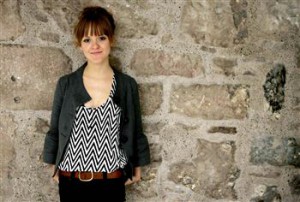 A HIGH-powered US lawyer has given his young Scots niece an amazing, life-saving gift – one of his kidneys.

Roxan Buys walked down the aisle on Friday thanks to the remarkable act of kindness by a relative on the other side of the Atlantic.

Johan Buys, 54, took six weeks off work from his busy practice in Manhattan, New York City, to travel to Scotland for the operation.

Roxan, a 23-year-old product and design graduate, said her uncle had given her the “best wedding present” she could ever have imagined.

A year ago, Roxan was warned her kidneys had continued to deteriorate and that a transplant was needed imminently.

Since the transplant surgery at the start of December, doctors at Edinburgh Royal Infirmary have told Roxan the kidney was a good match and have removed her dialysis tube.

Best of all, she was deemed well enough to go ahead with her wedding to Graham Donnachie, 22, who popped the question shortly after the pair graduated from Napier University, Edinburgh, in June.

Johan Buys, originally from South Africa, came to his niece’s rescue after it was discovered her immediate family – mum, Lynn, dad, Eric, and 25-year-old brother Zak – were not suitable donors.

Roxan, from Kirkcaldy, Fife, suffered renal kidney failure when she was just three-years-old and has had to undergo intensive treatments of dialysis on a daily basis.

She said: “My brother really wanted to help me but the doctors said his young age could put him at risk and both my parents have on-going health problems so they couldn’t be considered.

“In October last year, when Johan offered to get tested to see if he would be a match, it was 10 months since I’d been put on the list.

“I was reluctant at first because I know there are risks for anyone undergoing any kind of operation.

“But Johan wouldn’t hear of it and insisted on taking the tests.

“It was crazy because he was getting all his tests done over in the US and emailing them to us.

“He’s my dad’s brother, they were both born in South Africa and a lot of our family is from there.

“Even though he lives far away I know him really well, we’ve been on lots of holidays with him – we’re his closest family.

“When we found out that we had the same blood types it was the biggest relief of my life – it was finally happening.”

Roxan and Graham had already set their wedding date rather than wait years for a transplant. Thankfully, a slot for the operation came up in December.

Roxan said the first thing she said when she came round following the transplant was “how is Johan”.

“I was so worried about him, it had been on my mind before and straight after the operation, I just had to know he was okay – after all he had done for me – I was really concerned,” she said.

She added: “But I was told he was doing well, and the doctors could tell very soon after that the kidney had taken to my body almost perfectly, in fact, I don’t think the whole thing could have gone better.” 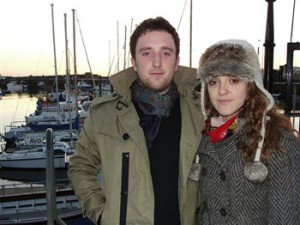 Roxan had her dialysis tube removed last month – the final stage in the procedure – which meant she was able to walk down the aisle wearing her wedding dress, which she designed with her mother, a costume designer, as any “normal” bride would.

In an ironic twist, Johan was not able to attend the wedding that he helped make possible.

Roxan said: “He’s taken so much time off work already to give me the kidney and he had to take a lot of time to recover afterwards.

“He is a lawyer in New York and is dedicated to his career.

“He couldn’t take anymore time off, but he’s already given me the best wedding present anyone could have ever thought of.”

Despite his amazing act of courage and generosity, publicity-shy Johan has decided to leave all the talking to his niece.

Roxan said: “Johan is a really private person and although what he did for me was the most amazing thing, he likes to keep to himself and I think he just wants to get back on with his life and his job without making a huge deal out of it.”

Roxan said it was likely that she will have to have another transplant in 30 years time because her new one will not be able to last forever no matter how well she takes care of it.

She said she strongly supports NHS Lothian’s “Sign Up to Save a Life” Campaign, which is a driving force to boost the number of people on the national organ donor register.

Lothian already has one of the highest numbers of people on the register in Scotland so far, but the health board would like to push the number from 42 per cent to at least 50 per cent of the population.

Ms Buys said: “I can’t understand why anyone wouldn’t sign up; I think it should be an opt-out scheme and then you’d find there would be lots more people on it.

“Even though no one would want my kidneys, I’m on it, because I could be saving someone else’s life with another of my organs, I feel really strongly about it – and not just because my life was saved by donation.”

Consultant transplant surgeon John Forsythe, of the Transplant Unit at the Royal Infirmary of Edinburgh, and national lead transplant surgeon said: “There has been a significant rise in the number of people who have received a lifesaving transplant over the past three years.

“We are really investing in the future by increasing the numbers on the national organ donor register, to ensure that transplant rates continue to rise.”