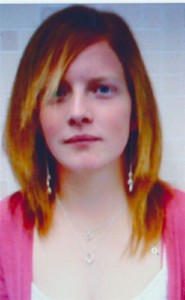 THE parents of a young mum killed in a road accident at the weekend have paid tribute to their “good hearted” daughter.

Melissa Harris, 21, from Methil in Fife, collided with another vehicle at around 3.30pm on Saturday and despite being treated by ambulance staff, died after going into cardiac arrest.

The accident happened on the B921 road between Cardenen and Kinglassie.

Ms Harris lived with her fiancé Ryan and her three-year-old son Dylan.

In a statement, her parents Eddy and Mary said: “She was a good hearted girl and was a loving, caring and patient mother who will be sadly missed by us, her brothers, sisters, fiancé, son, nephew and whole family.”

The driver of the other vehicle was not injured.

Fife Constabulary had closed the road overnight to carry out an investigation into the crash, which involved a white Ford Transit and an orange Fiat.