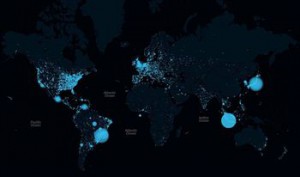 Before I started with Deadline I had never tweeted a single character and it took a lot of pushing before I did.

It’s scary how adictive it can be and how we now go to the social networking site to get up to the minute news, views and gossip.

I along with millions of others across the globe was out celebrating New Years 2011, and I know it was pointless, but I did tweet ‘Happy New Year’ as the fireworks lit up Edinburgh Castle.

But It seems like I wasn’t the only one who had a message to send. This image shows Tweets around the world as 2010 gave way to 2011.

Passing fad or here to stay? 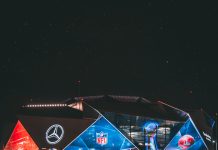