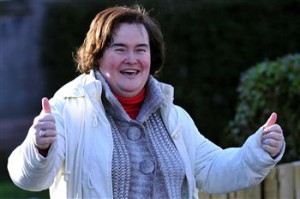 The star said she hopes to be at the event in Glasgow on 10 April if her performance commitments allow her the time off.

Hay, originally from Paisley, made his debut with Celtic in 1968, making 230 appearances and scoring 12 goals for the club.

He also played for Scotland in the 1974 World Cup in West Germany, but retired from the game in 1979 due to a serious knee injury, before going on to manage Celtic for four years during the 1980s.

The dinner, which is to be held at Celtic Park, will be held in his honour, marking 25 years since he led the Parkhead club to the league championship.

Hay said this week that he is delighted his contribution is being marked in this way.

The organising committee say they are hopeful that Sir Alex Ferguson will also attend, after playing against Hay when they were both beginning their careers at Rangers and Celtic.

Alex Gordon, from the organising committee, said: “Kenny Dalglish, who was one of the Quality Street kids along with Davie at Celtic Park, wanted to be there, but Liverpool have a game that day so, he can’t make it.

“But there will be no shortage of big names who are attending, and it is great to hear that Susan Boyle will be delighted to come along to the dinner, provided her work schedule allows.

“The response from the public has been encouraging, as you’d expect for a tribute to a man as popular and respected as Davie.”