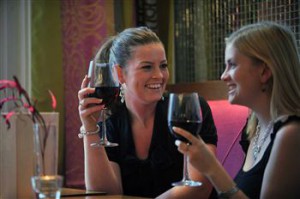 ONE in four Scots lie about what they got up to at the weekend to try and impress colleagues and friends.

According to a study commissioned by Travelodge, the pressure for Scots to have an action packed weekend has resulted in the new psychological condition “Weekendvy”.

Findings revealed that 28% of adults will lie about what they got up to over the weekend in order to sound cool and impress others.

Scots are hit the hardest by “Weekendvy” on Monday morning especially within the workplace and when updating their Facebook page.

The top five most popular activities Scots will pretend they did over the weekend when they didn’t are:

“It’s to do with needing to feel like an ‘Alpha’ male or female, with high status. As we don’t want to admit that most of our weekend time is spent trying to catch up with housework, paperwork and lost sleep.

“It’s the horrible feeling that everyone else is having a better time than us, going away, partying or having fun.

“No-one likes to think of themselves as lonely, or boring, so we like to create a psychological ‘smoke-screen’ pretending, a bit like Bridget Jones, that we’re having a wonderful time, when we’re not.

“Weekendvy means we pretend we’re having romantic weekend breaks, learning new skills, or having wonderful sex, when in fact most of us are trying to catch up on lost sleep and overwhelming household chores and paperwork.”

Further findings from the report revealed that 29% of adults are so exhausted and tired by Friday evening that they regularly spend their weekend catching up on sleep.

Four out of ten said they wish they could have more fun at the weekends like they use to be able to do.

And one in ten stated that they do not get any time for themselves during the weekend as their time is taken up with family commitments.

The report also revealed traditional weekend rituals such as the traditional Sunday lie-in and having a Sunday roast dinner are also on the decline.

Just 23% of adults reported they have a regular lie in on a Sunday morning with the average lie-in being one hour and four minutes longer.

Only 10% of people said they have a traditional roast dinner every Sunday, with chicken being the top choice followed by beef and pork and only 12% go to church on a Sunday.