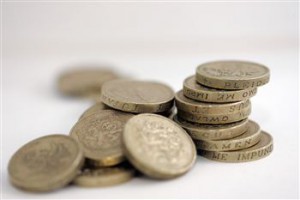 A SCOTS council is under fire after deciding to spend £25,000 just to hire a new chief executive.

Part of the money will be spent on giving East Lothian Council executives overtime to decide who they want as their new boss.

The council has set aside the cash – equal to the average annual wage in Scotland – even though it is considering a merger with a neighbouring authority to save funds.

East Lothian has brushed aside requests that it put the controversial recruitment plan on hold.

Alan Blackie, the council’s current boss, is due to retire sometime between July 29 and August 31, after 40 years of local government service.

At a Cabinet meeting this week it was agreed that because Mr Blackie is retiring due to “natural” causes – age – his post must be filled by way of public advertisement.

The Cabinet agreed the recruitment drive – which is expected to cost between £20,000 and £25,000 – be launched in April, despite a request from Councillor Norman Hampshire to delay the process until matters surrounding a merger with Midlothian Council are solved.

He said: “I would like to make a comment regarding the timetable that is being proposed the chief executive’s replacement.

“The administration is currently going through a process of looking at shared services along with Midlothian Council.

“There is a lot to be done before any decision is taken but there could be a situation whereby the council takes the decision for joint service provision for education and have one director of education looking at 50 per cent of the budget of Midlothian Council, and East Lothian and Midlothian having a chief executive each, so two chief executives looking after one director controlling 50 per cent of both council budgets.

“I think that would be totally unacceptable if we got to that position and I would ask that the administration consider delaying the appointment of a new chief executive until such times as we are clear about the direction the council is going.”

Paul McLennan, East Lothian’s council leader, said a business case on shared services was to be brought before the council in May.

And Councillor Peter Mackenzie said it was “essential” by law to fill the position of the chief executive.

He said: “There is no way in which we can really delay that at this time – we need the position to be filled.”

The council leader and provost have instructed Sharon Saunders, head of human resources, to make arrangements to replace Mr Blackie.

The new boss will be appointed by September this year after a cross-party sub-committee, chaired by Councillor McLennan, selects their preferred candidate through a “rigorous” assessment and interview process.

Interviews will also be carried out by Solace Enterprises, an external public service recruitment consultant.

A spokeswoman for the council said: “The figure of £25,000 is probably a little OTT but they are just preparing themselves for what could happen.

“The money will be spent on advertising and to pay senior professionals and executives to carry out interviews.”

Councillor McLennan said: “Alan Blackie has given many years of dedicated service to local government, latterly as our chief executive.

“Since taking up that post in early 2008, he has demonstrated outstanding leadership, helping take the council through a period of significant change and financial challenge.

“East Lothian Council is keen to maintain that strong relationship, to build on our record of success and to ensure that we have someone in this key post who can help take East Lothian forward in challenging times.”

Emma Boon, campaign director at the TaxPayers’ Alliance, said: “Replacing one member of staff should not cost the same as the average Scot’s annual salary.

“Handing thousands of pounds of taxpayers’ money to a recruitment firm is highly inappropriate in the current economic climate.

“The council knows it has to find huge savings in the coming years, it also knew that Mr Blackie would have to retire due to his age; the changeover and recruitment could have been better planned and managed to reduce costs.

“Of course they council wants to get the right person for the job, but it needn’t cost the earth.”