THE Scottish musician who played violin as the Titantic sank was sent a posthumous bill by his callous employers, it emerged today (sun).

A new book about John Law Hume reveals that after his death his employers sent out a bill for alterations to his uniform made before the liner’s fateful journey. 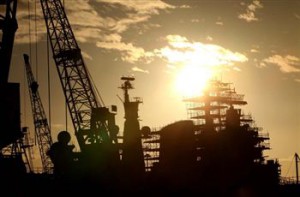 The company wrote to demand five shillings and fourpence, according to the book by Hume’s great-niece.

Yvonne Hume said: “Only 115 days after the sinking of the Titanic, and just after his body had been recovered, but not identified, his father received this bill.”

She added: “It must have been one of the most chilling and callous acts to come out of the disaster.

“Naturally, he did not pay it.”

The musician was praised around the world for playing on with bandmates as the stricken ship slid below the waves.

He was born in Dumfries in 1890 and trained by his father, Andrew, a music teacher. Aged just 21, John Law Hume’s talent earned him a place on the Titanic’s ill-fated voyage.

Musical agent CW & FN Black hired Hume for the journey. All eight musicians went to the deck and played in a bid to stop passengers from panicking.

Despite that, CW & FN Black sent a demand for the money to cover a new collar on his tunic, cleaning and pressing his uniform, and sewing on a badge bearing the logo of the White Star Line.

He was still wearing the jacket when his body was discovered.

The demand caused a storm at the time with the Amalgamated Musician’s Union reprinting their bill in its monthly newsletter.

His great-niece said the voyage was to have been Hume’s last as he was coming home to marry his pregnant fiancee.

She said: “I think it’s so sad when you think that he never got to see his baby or his fiancée again.

“He was a very popular and likeable person who was very talented and his story has been passed down through my family.

“But there has never been a book devoted to him and I think it’s time his story was told.”