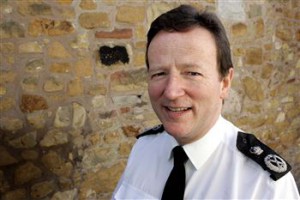 A CHIEF Constable of one of Scotland’s largest police forces has spoken out about his support for minimum pricing for alcohol.

David Strang, the head of Lothian and Borders Police, says that alcohol was a key component in most violent crime and was responsible for more than half of all the calls dealt with by his force.

New figures show that there have been 20 murders in and around Edinburgh over the past 12 months compared to ten the previous year.

Mr Strang added that most stabbings are taking place in private property as more people are choosing to drink at home.

He said: “The easy availability of alcohol undoubtedly exacerbates the problem we are facing. Drinking to excess is a huge cultural issue in Scotland.

“Parties in flats and houses have been the source of a sizeable proportion of what have ended up as fatal stabbing.”

“I support minimum pricing. I would also support better supervision of licensed premises, but it is interesting that it is more unusual now for us to have to deal with a fatal stabbing in a licensed premises and much more likely that it will be in a private premises.

“Without a doubt there is evidence of links between alcohol consumption and domestic abuse and child abuse.”

Last year there were 93 murders in Scotland, compared with 72 the previous year.

Mr Strang added: “Public spaces may be safer, but there is a down side: private places are perhaps riskier.”

The SNP introduced a Bill to the Scottish Parliament last year to establish minimum pricing but it was defeated.

But the Association of Chief Police Officers in Scotland (ACPOS) has also spoken of their support for the measure.

Last year Assistant Chief Constable Andrew Barker, said: “The Scottish Police Service supports any proposals to set minimum retail pricing in relation to the sale of alcohol for consumption both on and off licensed premises.

“We consider that directly linking the strength of a product to its retail cost by establishing a minimum price for a unit of alcohol would positively assist in addressing the problems associated with reducing excess alcohol consumption and the subsequent alcohol-related harm and antisocial behaviour.”

She said: “I’m delighted that Chief Constable David Strang backs minimum pricing. His officers, and police officers across Scotland, know only too well the havoc and violence that alcohol abuse causes our society.

“There is clear evidence that as alcohol has become significantly more affordable, consumption has rocketed. Alcohol misuse costs the economy an estimated £3.56 million a year.

“Deaths from alcohol related conditions have doubled in the past 15 years and now stand at 1,500 a year. Scotland cannot afford – in human or economic terms – to allow this to continue.

“That’s why I believe that minimum pricing is a policy that must be introduced.”