A STREET performer at Edinburgh’s Fringe Festival is raking in more than £100 an hour, despite being only 10 years old.

Singer Saskia Eng has been wowing the crowds with powerful renditions of songs by Amy Winehouse, Adele and Celine Dion.

Performing just three or four times a week on the city’s Mound, the Edinburgh schoolgirl has already been tipped for the top by Britain’s got Talent judge, David Hasselhoff.

Saskia impressed the former Baywatch star when she auditioned for the show, eventually making the final 200.

She now plans to enter the show again after being encouraged by the judges.

Her parents say she is so keen on singing she has been known to do so in her sleep.

Dad Tony, 46, said his daughter loved performing in front of the Fringe crowns.

He said: “Saskia is gaining quite a crowd and has been getting some excellent feedback. It was all her own idea and she has been making a small fortune.

“She is averaging £100 per hour which I think is very good for a busker. She really does put on a professional performance for such a young girl.”

He added: “She has done five performances so far and has quite a few to go. Saskia is mad about singing. The other day she was even singing Amy Winehouse’s Valerie in her sleep.”

Saskia has already tasted competition success, winning £300 in a radio contest, and is currently through to the semi-final of a contest that could see her win three hours in a recording studio.

Tony said: “We’ve never recorded any of Saskia’s music professionally, but hopefully that is the next step.”
Saskia is saving the money she earns performing but has treated herself to new clothes.

She said: “I love singing and want to be a singer when I grow up. I particularly like Celine Dion, Adele and Amy Winehouse, although I can only do one of her songs.”

Saskia was one of the final 200 contestants in Britain’s Got Talent 2011, being chosen from an initial 100,000 hopefuls nationwide.

More than 3000 audience members in Glasgow’s SECC gave her a standing ovation her rendition of Train’s Hey Soul Sister.

Judges Michael McIntyre and Amanda Holden gave the tiny star an immediate “yes” but while The Hoff was clearly impressed by her ability he said he felt she would benefit from another years practice.

Tony added: “She was really impressive. Michael McIntyre joked that she must be the only girl from Edinburgh who could get 3000 Weegies to give her a standing ovation.”

Saskia, who only began singing lessons a year ago, vowed to return for another go at the competition next year, where she plans to sing a U2 number.

She said: “I practise a lot at my lessons and next time I’m going to sing U2.

“I think I would be a bit nervous if I made it to the finals next time but it would be great. I’m looking forward to next year already.” 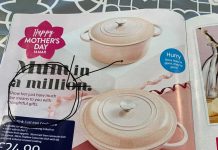