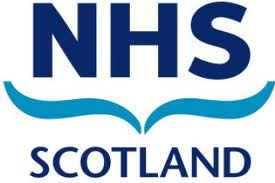 Mice, worms, cockroaches and even bats regularly infest all areas of hospitals, including operating theatres, intensive care wards and kitchens.

As well as putting patients at risk from serious infections, the pest infestations cost the cash-strapped NHS millions of pounds annually.

The situation was last night described as a “disgusting” by health experts. They said the infestations posed a direct threat to patients, hundreds of whom already die each year from hospital superbugs.

This newspaper used the Freedom of Information Act to ask all 14 health boards in Scotland for details of pest control call outs in the past year .

It revealed a shocking total of at least 2,863 infestation incidents over 12 months, an average of 7.8 every day.

Cases included 19 insect infestations at Vale of Leven Hospital, West Dunbartonshire, which is currently the subject of a public inquiry into 18 deaths from the C Diff superbug.

There was also a report of bats, which can carry a rabies-like virus, outside an operating theatre in Raigmore Hospital, Inverness.

Patients at a diabetic centre at Crosshouse hospital, Kilmarnock, had to share their treatment area with an infestation of “small worms”.

In Ayr Hospital, silverfish – small grey insects which spread bacteria – were found in the X-ray department.

Other cases included scores of dead flies at the maternity unit at Caithness General Hospital, a cockroach in the kitchen at Ailsa Hospital, Ayr, a mouse in the kitchen of a Western Isles hospital, and foxes at the Western General, Edinburgh.

Staff and patients in Scottish hospitals also shared the wards with bees, wasps and fleas.

The area with the highest number of incidents was Greater Glasgow and Clyde, which includes Vale of Leven. The largest health board in Scotland, covering almost 2 million patients, it had 999 cases of pest infestations.

But the area with the most infestations based on population is Fife. The area had 422 cases, including 173 incidents of ants, 36 of cockroaches, and 42 of rodents.

The number of cases in NHS Lothian is shrouded in secrecy because the area’s biggest hospital,  Edinburgh Royal Infirmary, was privately built and such details do not have to be revealed. The rest of Lothian’s hospitals recorded 211 cases.

The full cost of tackling the pests is unknown but NHS Grampian alone admitted to spending more than £252,000 over two years.

Two health boards, NHS Shetland and NHS Borders, claimed not to have suffered any infestations at all.

Hugh Pennington, emeritus professor of bacteriology at Aberdeen University, said: “It is disgusting.

“People in hospital are less able to fight off things like food poisoning so in places like kitchens we expect a greater standard of cleaning than you would find in a restaurant.”

Margaret Watt, of Scotland Patients Association, said: “The situation is very, very concerning. It really is too much. This should not be happening in 2011.”

And Matthew Elliott, Chief Executive of the TaxPayers’ Alliance said: “The taxpayer pays for and expects clean, safe and pest-free NHS facilities. On this evidence some health boards still have a lot to do to deliver this.”

A spokeswoman for NHS Fife said: “NHS Fife has a pest prevention programme in place in all our premises which involves regular inspections and monitoring of any suspected pest activity.

“We address any calls from occupants, staff and the public regarding incidences of pests with the necessary action taken by competent pest control representatives.”

A spokeswoman for NHS Greater Glasgow and Clyde said: “The number of infestations reflects the fact that we are the UK’s largest health board and a number of our healthcare facilities are more than 100 years old.  Inevitably we experience proportionately more pest control issues in these buildings compared to our newer facilities.”

By last August more than 100 cleaning jobs had been cut across Scotland, despite health secretary Nicola Sturgeon promising to recruit an extra 600 cleaners.

In 2010 there were 118 death in which MRSA was a factor and 270 where Clostridium difficile was listed on the death certificate.