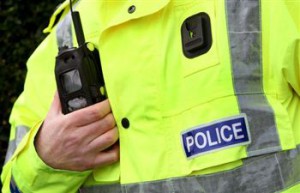 POLICE have issued an appeal after a walker found camping gear abandoned on one of Scotland’s most popular hiking routes.

The green tent and dark blue rucksack were found on the West Highland Way, near the Glengoyne distillery.

Officers believe the equipment was left between 11:00am and 3:30pm on Sunday, September 11 and are en to speak with anyone who was in the area at this time and has information, or who may know the identity of the owner.

AROUND 30 drain covers have been stolen from around the Falkirk area.

A 15-year-old boy has been charged in connection with a series of assaults in Aberdeen.

The assaults took place near the city’s Long Walk Road and North Anderson Drive between August 26 and September 8 2011.

The male is expected to be appear at Aberdeen Sheriff Court in due course.

POLICE have criticised 18 drivers who were caught drunk behind the wheel over the weekend.

Nine people were caught in Aberdeenshire, seven in Aberdeen and two in Moray, with more than half of those caught aged between 17 and 25.

Two of the 18 drivers were found to be under the influence of drugs.

Leslie Harrold, Road Safety Manager with Road Safety Grampian, said: “It is extremely disappointing that people continue to ignore the very real dangers of drinking and driving. These people not only risked their own lives but also the lives of others by driving while under the influence of drink or drugs.”

TWO boys have been arrested in connection with a spate of handbag thefts in the capital.

Three elderly women have been mugged in the last week.

The 15-year-olds were arrested after a 65-year-old woman was targeted on Monday.

They will now be reported to the Children’s Reporter.

FUEL has been stolen from a lorry in Halkirk, Caithness.

The GMR Henderson (Wick) vehicle was parked on Sinclair Street in the town when thieves struck, draining the tank.

A WATCH worth £300 has been stolen from a caravan site in Thurso.

The Garmin forerunner GPS watch was taken from outside the pavilion at Thurso Caravan Park at around 6pm on August 15.