PATIENTS are routinely being denied a range of treatments, according to GPs.

A survey of 300 doctors by Pulse, a magazine aimed at GPs, found that the rationing of treatment has become endemic as health boards struggle with spending cuts.

The survey found people are being denied treatment ranging from infertility treatment to hernia operations, vasectomies and nutritional supplements.

The survey also revealed that restrictions on GP referrals have been so severe that in one area the number of patients referred to hospital has dropped by 37% in the first quarter of 2011/12 compared with a year ago.

GPs were asked to indicate which, if any,  from a menu of 20 different treatments were being restricted in their area. At the top of the list, some 55% of GPs said their patients were being denied access to varicose vein surgery, 36% to nutritional supplements and 29% to infertility treatment.

A quarter of GPs (25%) said their patients were facing restrictions in access to obesity treatment and prevention, and 16% to routine blood glucose testing for diabetes, while 13% reported barriers in direct access to MRI and CT diagnostic scans.

Pulse conducted the survey as part of a new CutsWatch initiative to collate information from across the UK on cuts taking place to frontline NHS services.

And a Pulse analysis reveals that areas with controversial referral management centres or PCT caps on referrals have seen dramatic falls in the number of patients referred to hospital in the last quarter.

In south-west Essex, where GP-run private firm Fortis Healthcare runs a referral management centre, GP referrals have plummeted by 37% over the past year, although Dr Brian Balmer, chief executive of Essex local medical committee, attributed the fall to the PCT’s stringent referral cap implemented at the start of this year.

He said: ‘This massive drop was simply because the PCT stopped dead all referrals in the early part of 2011. It was done centrally – they told the acute trust that they wouldn’t pay for referrals and activity dropped. It does not reflect GP behaviour.’

Elsewhere, NHS Manchester – which has a referral management centre run remotely by Harmoni – saw GP referrals drop by 15%, and in Hounslow, west London, where UnitedHealth began overseeing GP referrals in May after signing a deal with one of the first GP pathfinder consortia, referrals fell by 14%.

Dr Chaand Nagpaul, a negotiator for the GP committee of the BMA, said: ‘We are seeing significant postcode variation, which is not compatible with the Government’s commitment to provide equitable access to healthcare.’

Richard Hoey, editor of Pulse, said: ‘Both the current government and the last one claimed it would be possible for the NHS to deliver £20 billion of efficiency savings without harming frontline services, and both of them were wrong.

‘But the financial position within the health service is particularly difficult now, because trusts only received a tiny real-terms increase in funding in April, which was never going to be enough to cover the rising costs. It was inevitable that NHS managers would be forced to take some very difficult decisions, and that some patients would suffer.’ 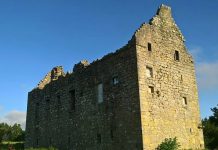