Gordon James Harper, 24, has been missing from his Wick home since late last Friday.

He was last seen in the Ormlie area of Thurso about 11.30pm the same night and it is believed he may now be in the Edinburgh area.

He is described as beingapproximately 5ft 6ins,, of medium build and with dark brown hair.

He has a number of distinctive tattoos. One reading “Mum” is on the right side of his neck, the name “Harper” and a tribal tattoo are on his left arm. He also has stars tattooed on his right arm.

Gordon walks with a limp and uses a walking stick and was last seen wearing light blue jeans, white trainers, white t-shirt, and a red hoodie top with white and black writing on it.

Anyone with information is urged to contact Wick Police Station on 01955 603551. 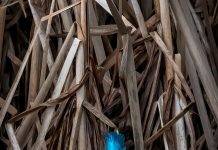