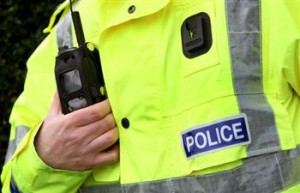 Police are appealing for witnesses after a motorcyclist was killed in a crash in Meigle today.

Police and paramedics attended a serious road traffic collision on the A94 Alyth Road which happened at about 1.25pm.

The collision, to the east of the town at the road’s junction with the unclassified road to Kirkinch, involved a blue Vauxhall Vectra car and a red and silver-coloured motorcycle.

The car driver and two passengers were seriously injured, and were treated by paramedics at the scene. Police have confirmed the motorcyclist was killed.

Road closures have been put in place in the immediate area and diversions established. Crash investigators will be attending the scene to carry out enquiries into the full set of circumstances surrounding the incident.

It is anticipated the closures will be in place for some time.

Tayside Police are appealing for anyone who was in the area at the time of the incident, or anyone who saw the vehicles involved prior to the collision, to call 0300 111 2222, or speak to any officer.