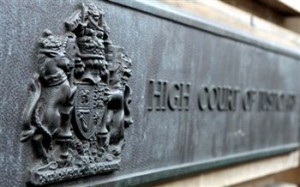 A CONTROVERSIAL cornerstone of Scots law, seen as an obstacle to improving rape convictions, has escaped scrutiny in a review of criminal justice north of the border.

But Lord Carloway is expected to tell the Scottish Government that the consequences of removing the corroboration rule, which is unique to Scots law, would go beyond the remit of an ongoing inquiry.

The judge is conducting a review of Scotland’s legal system to make it compliant with European human rights legislation.

The question of corroboration was a key issue in the review.

He is expected to say that removing the requirement for corroboration needs to be balanced with a safeguard against wrongful conviction – for example, replacing majority jury verdicts with the English model that requires a unanimous verdict in the first instance.

Making such a recommendation, Lord Carloway will say, goes beyond the confines of his year-long review.

He will put the ball back into the Scottish Government’s court, which could trigger a fresh review.

Lord Carloway is also expected to call for a 24-hour-a-day legal system, with lawyers required to advise suspects around the clock and criminal courts held in the evenings and on weekends.

He was asked to carry out a review after the Supreme Court ruled last October that Peter Cadder from Glasgow should not have been questioned by police without being offered access to legal advice.

The ruling led to the collapse of 867 criminal cases and forced the Scottish Government to introduce emergency legislation doubling the length of time a suspect can be held without charge.

Lord Carloway will release his findings after he has considered the so-called sons of Cadder judgments from the Supreme Court, which are expected on Thursday.

The sons of Cadder are five test cases, referred to the UK Supreme Court by the Crown Office, to clear up questions that arose out of the Cadder ruling.

Among the key questions considered by the review was whether the requirement for corroboration should be abolished.

But a source close to the review said: “As we investigated the corroboration issue, it became quite apparent that while here we make submissions of ‘no case on the basis of lack of corroboration’, in England they have a ‘no reasonable jury would convict’ submission, and the judge plays a more active role in deciding the quality of the evidence.

“Countries that don’t have corroboration tend to have other safeguards.

In England there is a requirement for a unanimous verdict, in Scotland it is for a simple majority.

“If we get rid of corroboration, do we have to look at [introducing] safeguards that we [currently] don’t have? I’m not sure he will come to a conclusion on corroboration. It may be an issue that has ramifications for the justice system outwith his remit.”

If corroboration is scrapped it would make it easier for police and prosecutors to bring cases to court.

Human rights lawyer John Scott QC, who was part of Lord Carloway’s reference group, said: “There’s not a system in the world that prosecutes every single case. Every system has some way of filtering out the rubbish.”