A PITLOCHRY woman has won a national nature photography competition for a stunning picture showing a summer’s day sky reflected in a loch.

Jennifer Sanger’s picture shows her colourful shoes peaking over the water which just tipped her entry over the edge.

Photos were judged along with the entrants’ explanation of what their photos meant to them and Jennifer came out on top.

She said: “This picture is special to me because the sky is so clear in the water, and it looks like I could just step right into it.

“Wherever I go in life the landscape will change, the creatures will be different and the sounds will be new. But looking up at the sky always reminds me that it is all part of the same picture.”

Catherine Clark of Inverness won second place for a picture of a gannet offering a feather to its mate at Bass Rock.

In third place was keen surfer James York of Edinburgh, who caught the moment as a wave bathed in golden light rolls in.

The contest is part of SNH celebrations of Scottish Biodiversity Week, which takes place in May every year. The contest is open every year to both amateur and professional photographers.

Zeshan Akhter, a SNH biodiversity officer who organises the contest, said: “The pictures, and our winners’ words, show how beautiful places and wildlife can move us and make our lives better and more meaningful.

“Nature gives us so many gifts every day – actually, every moment and every breath we take. But it’s easy to take nature for granted. These pictures are a brilliant reminder of how important nature is to us all.”

First prize in the contest was a one-to-one tutorial with a professional photographer; second prize, an Olympus E-450 Digital SLR camera; and third prize, a Panasonic Lumix F245 Digital Camera and a Hama Star tripod.

The winners’ pictures will be showcased on the SNH website, and will be displayed at a venue to be confirmed later this year. 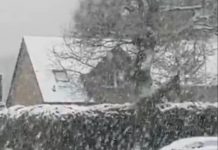