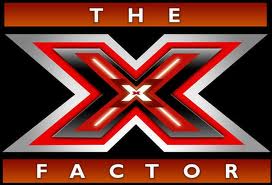 THE backlash over Jade Richards’ shock X Factor exit took a political turn last night as her local councillor said she was a better singer than some of the people who went through.

The 21-year-old singer from Buckhaven in Fife was saw her dreams come to an end on Sunday when Kelly Rowland chose to take 19-year-old Janet Devlin through to the live finals instead of her.

Jade was one of the favourites from the start of the competition after making judges Kelly Rowland and Louis Walsh cry with her rendition of Adele’s Someone Like You.

Hundreds have now signed up to campaigns on social networking site Facebook to reinstate the singer.

And local councillor David Alexander has even spoke out about Jade’s talents – despite the singer controversially calling her home town “a dive”.

Councillor Alexander, chairman of Fife Council’s Levenmouth area committee, said: “I think the feeling is she has maybe not been treated as well as she could have been.

“I’m not convinced the people who were put through are better singers than she is.”

A Bring Back Jade Richards page was started on Facebook on Sunday night, claiming the singer is “amazing” and deserves to be in the live finals.

Another page, Jade Richards from Fife to Win X Factor 2011, said: “Kelly has lost. Jade is always going to be Fife’s popstar and Scotland’s.”

TV presenter Holly Willoughby even Tweeted: “Oh Jade or Janet! Can’t happen! They both should be through.”

But all hope may be lost as it was reported today (Tue) that the singer will definitely not be returning to the show.

It was announced on Sunday night that there will be a twist when the live shows start at the weekend.

But unlike last year it has been said that the twist won’t involve booted-out acts coming back.

Jade’s mum Trudie, 47, told a national newspaper that her daughter would not be back. She said: “They could never get her down there and ready in time.

“I’m sure she’s had a great experience but she’s not ready to talk about it all quite yet.

“Jade has a lot of things in the pipeline which are very exciting for her – she’s got a good future.”

Jade said on Sunday night: “I’m gutted to have to go home and tell everybody I wasn’t good enough. I’ve probably just blown the biggest chance I’ve ever had.”

She is now said to be rooting for Sophie Habibis who she shared a room with at bootcamp and in Miami.

An X Factor spokesman said: “Jade is very talented but Kelly could only choose four acts, and she believes she has made the right decision.”