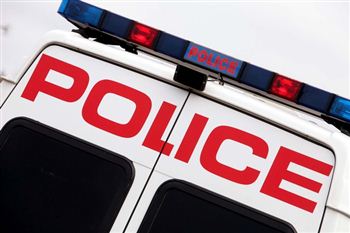 A BUILDER’S yard at Jewsons in Port Street Annan was entered sometime over the weekend Friday 14 – Monday 17 October 2011 and damage caused to building materials within the yard.

Police want to trace the following three people who were seen in the yard between 8pm and 9pm on Sunday 16 October.

A WINDOW at Laurieknowe School in Dumfries was smashed sometime over the weekend Friday 14 – Monday 17 October 2011.

Police in Moffat want to trace the following man who is believed responsible for the theft of alcohol from the Cooperative Store in Moffat at around 5.20pm on Monday 17 October 2011.

He is described as male, mid to late 50s, medium build, about 5’ 6” tall with a wrinkled or weathered looking face with dark hair.

He was wearing a navy woollen hat, navy zipped fleece, blue denim jeans and was carrying a small rucksack.

A BLUE Vauxhall Astra car was vandalised while parked in Greystone Avenue in Kelloholm at just after midnight on Tuesday 18 October 2011.

Two males with hooded tops with the hoods up were seen leaving the scene after the damage was caused.

POLICE are warning the public and businesses to be on their guard for counterfeit currency as fake notes are once more being circulated in Dunfermline.

The notes currently being circulated are Clydesdale Bank £20 notes and bear the serial number A/CF846390, however advice is that all currency should be carefully examined.

Detective Sergeant Ross Davidson, said: “The public should be conscious that these notes are in circulation and be attentive when handling money.

“Fraudsters often target small independent businesses where notes are used to buy inexpensive items such as crisps or sweets. They then get the maximum amount of change they can from the transaction.”

“UV Readers are more accurate than counterfeit currency pens and can be purchased for as little as £7 from Dunfermline Community Safety Panel.”

POLICE in Fife are warning internet shoppers to avoid two scam websites which appear to offer goods at prices which are unfeasibly low, and have cost at least one Fife shopper £120.

The site names are similar to a legitimate service which has not been accepting orders for several months, but now finds the swindlers are using a similar name to trick unwary shoppers.

In addition to failing to deliver goods which they have been paid for, mainly using insecure methods such as Pay Point, the sites are also attempting to get personal information which would allow them to commit identity fraud.

The sites are named ‘Buyitplayit.org’ or Buyitplayit.eu’ and are based in Canada and Cyprus. They are unconnected to ‘Buyitplayit.com’, which stopped taking orders several months ago, prior to a re-launch next year.

Inspector James McCluskey,  based in Kirkcaldy, said: “We have come across one Fife resident who paid one of these sites £120 for a netbook computer, but did not receive it. When he chased this up, he was then asked for personal information and details which would have allowed these people to commit identity fraud.

“We have alerted Trading Standards to this swindle and are warning people to avoid these sites as they are clearly scams.”

Fife Constabulary is committed to allowing you to directly influence local policing. You can have your say on local priorities by coming to the community engagement meeting in your area. Contact your local community team on 0845 600 5702 or visit www.fife.police.uk for details of your next meeting.

THIEVES stole hundreds of pounds in a robbery at a pub.

A man described as being in his late forties or early fifites, with receding grey hair, wearing a beige zip through top was seen in the area at this time.

Police are keen for anyone with any information or anyone who may have seen the male in the area to come forward.

POLICE are appealing for information after a man was seen standing on the wrong side railings on a bridge.

The man was seen on a bridge over the River Almond in Livingston around 10pm last night, along with another man who was seen nearby with a small dark-coloured car, but it is not known if he was speaking to the first man.

There have been no reports of missing people that match the descriptions of the two men, but police are concerned for the men’s safety and are appealing for help from the public to trace them.

The man who was on the wrong side of the railings is described as being white, in his early 20s, 5ft 9ins tall of slim build and was wearing a grey hooded top.

The other man was white, 5ft 6ins tall, of stocky build, and was wearing dark-coloured clothing.

A police spokesperson said: “We are keen to confirm that both men are indeed safe and well, so would appeal directly to them to contact us on 0131 311 3131 urgently.

“Otherwise, we would like to talk to anyone else who may have been in the area, or who may recognise the description of the men.”

A JOINT initiative to promote road safety for Edinburgh cyclists has been hailed a success.

Officers from Lothian and Borders Police Road Policing and Safer Neighbourhood Teams worked alongside the City of Edinburgh Council during the “week of education”, which ran last week and was supported by cycling organisations such as The Bike Station and Spokes.

During the campaign, high-visibility police cycle patrols monitored the city’s main roads to engage with cyclists and drivers.  Guidance and advice was then issued to road users to ensure they stay safe when travelling.

A total of 247 cyclists were stopped by officers and given advice for a number of issues including red light offences, cycling on pavements and bike security/safety, while a further 152 were issued with information on visibility at a static point in Middle Meadow Walk.

Around 100 motorists were also stopped during the week of education and spoken to by police to correct inappropriate driving behaviour and other offences.

Six drivers received a fixed penalty notice or were reported to the Procurator Fiscal and three cars were seized.

Police and their partners also offered a free bike marking service during the campaign and 69 cycles have now been registered on the national database.

Sergeant Quentin Russell said: “The purpose of this initiative was to enhance the standards of cycling and motoring on Edinburgh’s roads as well as improve relations between motorists and cyclists.

“The week of education was also about protecting your bike from thieves and the bike marking service, which was offered across various areas in the city last week was well utilised.

“Anyone wishing information on road safety or advice on protecting their bike or other possessions should contact their local policing team.”

Two teenagers who went missing from their homes have been found safe and well.

POLICE are appealing for witnesses after damage was caused to a remote operating gate belonging to Foulis Castle, Evanton.

Damage was caused to the plastic casing of the gate’s operating sensor. The gate is on the Old Evanton Road which links Dingwall to Evanton.

Members of the public who may have seen persons or vehicles acting suspiciously in this area between 10pm on Saturday 15 and 7pm on Sunday 16 October 2011 are asked to contact Alness Police Station on 01349 882222 or Crimestoppers anonymously on 0800 555111.

POLICE are appealing for information after an attempted robbery at a house in Pollokshields, Glasgow, on Thursday 29 September 2011.

Around 10am, a 53-year-old woman was confronted by a man as she answered the door of her family home in Haggs Road, Pollokshields, Glasgow.

He started talking to her, however, after a short time he pushed past her and forced her into a room within the house and demanded personal items.

He was disturbed by the woman’s daughter who was in the house at the time and made off empty-handed in a silver Vauxhall Vectra, or similar, which he had parked in the driveway of the house.

The 53-year-old woman was taken to Glasgow Victoria Infirmary where she was treated for shock and minor injuries.  She has since been released.

The suspect is described as being 44 to 55 years of age 6 ft 1 in height and was muscular and well-built. He had a round face, puffy eyes with fine lines underneath, thin lips and a flat, wide nose. He has a double chin and possibly light coloured hair.

He was wearing a brown baseball hat, grey woolly jumper with hood and ties at front of hood, dark blue trousers, black t-shirt below the hooded top, grey/black boots and a gold ring.

He had a strong east coast accent.

“As you can imagine, the victims are extremely shaken and upset following their ordeal; both are recovering at home with the support of their family.  Whilst the older woman was not seriously injured, the suspect did grab her causing her injury and that’s why she was taken to hospital..

“Officers have been at the house and in the area today carrying out an extensive search of the area, checking CCTV and speaking to neighbours and local residents in an effort to trace the man responsible.

“The man made off in the car on to Haggs Road, which is very busy.  Someone may have had to either brake suddenly or stop to let him out of the drive.

“I would appeal to anyone who was in the area of Haggs Road yesterday around 1000 hours who may have seen anything suspicious to contact us.  The property is in a residential area, close to Pollok Park; if anyone saw anything out of the ordinary – please let us know.”

PROPERTY worth more than £3000 has been stolen from a house in Clayton Park in Bridge of Earn.

The property was targeted sometime between 2.30pm and 5.30pm on Monday 17 October.

A GREY BMW M5 car worth £40,000 has been stolen from a house in North Latch Road in Brechin.

The property was broken into sometime between Tuesday 11 October and 4pm on Monday 17 October. Thieves made off with four televisions and, having access to the car keys, then made off in the homeowner’s car. The car would bear the registration number SR07 BAO when taken.

OFFICERS in Dundee are investigating a break-in to Positive Steps in Meadow Mill, West Henderson’s Wynd.

The property was broken into sometime between 4.55pm on Friday 14 October and 7.45am on Monday 17 October.

A Lenovo make laptop was stolen along with a quantity of first and second class stamps and over £200 in cash.

TWO hammocks have been stolen from the back garden of a house in Dundee’s Lauderdale Avenue.

The hammocks were taken sometime between 8pm on Saturday 15 October and 1pm on Sunday 16 October.

Both are 6ft long and one is made of an orange and yellow striped cotton fabric, the other is made of a purple waterproof material.

A GOLD BMX Mongoose bike has been stolen from the common stairwell in Weavers Close in Arbroath.

The bike, which has bright orange brakes and green handlebar grips, was taken sometime between 10pm on Sunday 16 October and 2pm on Monday 17 October.