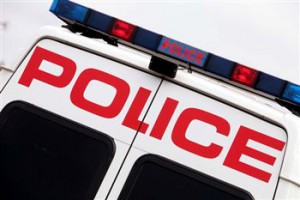 A CANOIST had rocks thrown at him in an attack on the River Forth.

The man’s canoe was badly damaged after four teenagers threw rocks at him as he paddled near the new Forth Valley College at around 5.50pm on Mondya, October 10.

The four youths involved are described as 14 or 15 years old. One of them was about 5’5” with a stocky build and short dark hair, wearing a two toned brown jumper with horizontal stripes and dark trousers. He was described a having a squint.

Police say the attack is particularly concerning as the consequences could have been worse for the victim.

TWO men received cuts to the face after being assaulted in Stirling in Saturday night.

The men – aged 18 and 19 – were walking on Baker Street around 10.30pm when they were approached by another man who began shouting at them.

When they ignored him, he assaulted the 18-year-old; cutting him below the lip. The 19-year-old man was then assaulted when he tried to calm the situation and also received a cut to his face.

The attack is believed to be completely unprovoked and officers are keen to trace the suspect, who is described as being aged between 45 and 55, about 5’4″ to 5’7″ in height with and average build and short dark hair.

He was wearing a grey zip-up top with a white t-shirt underneath and grey Celtic tracksuit bottoms.

A WOMAN has been robbed while walking home from a Dumfries supermarket.

The 33-year-old was targeted around 7.55pm on Sunday 23 October while on Barrie Avenue.

She was approached by two people who threatened her and took her handbag.

The victim was not injured in this attack however was left in a shocked state.

The two ran off along Barrie Avenue away from the Brooms Road direction.

The woman’s bag was black and contained a purse with a small amount of cash, some bank cards, a mobile phone and other personal items.

One assailant was described as a white male, about 5’6” tall, in his teens and was wearing a white coloured hooded top with no distinct markings and dark bottoms.

The second was about 5’ 8” tall and was wearing a grey hooded top with the hood up.  This person may have been either male or female.

A WINDOW has been smashed at the Swan Hotel in Kingholm Quay sometime overnight Thursday 20/Friday 21 October 2011.

A SILVER Peugeot 206 car has had tyres damaged while parked in Merse Road in Kirkcudbright sometime overnight Thursday20/Friday 21 October 2011.

POLICE have received a report of a lost marker buoy from the shoreline about ½ a mile north of Port William.  The buoy has broken free from its moorings and is about 1 ½ metres wide.

A WINDOW in a house in Catherine Street in Dumfries has been smashed sometime between Monday 17 and Friday 21 October 2011.

A WINDOW in a blue Vauxhall Astra Estate car was smashed sometime overnight Saturday 22/Sunday 23 October 2011 while it was parked in Beech Avenue in Dumfries.

A WINDOW in a gold Rover 75 car which was parked in College Road in Dumfries was smashed sometime between 1.30am and 9am on Sunday 23 October 2011.

A WINDOW in a Citroen Berlingo van which was parked in Rowan Drive in Dumfries was smashed sometime overnight Saturday 22/Sunday 23 October 2011.

A WINDOW in a house in Summervale Crescent was smashed sometime between 9.15pm and 9.30pm hours on Saturday 22 October 2011.

A WINDOW in a house in Jardington Court in Dumfries was smashed sometime overnight Saturday 22/Sunday 23 October 2011.

A BAG containing football kit has been stolen from a VW Polo car which was parked at a house in Smith Place, Rydale, Dumfries sometime overnight Saturday 22/Sunday 23 October 2011.

POLICE want to trace a man who was responsible for the theft of alcohol from the St Michael Street Service Station in Dumfries sometime around 7.15pm on Sunday 23 October 2011.

He is described only as wearing a light coloured baseball cap and a white jacket with black squares on it.

A BLUE coloured Landover Freelander has had a window smashed and an attempt to start a fire in the interior of the vehicle while it was parked at The Horsemill at Kirkpatrick Fleming sometime overnight Friday 21/Sarurday 22 October 2011.

A TOYOTA Rav car has been struck and damaged by a vehicle which failed to stop after the crash while it was parked in Airds Drive in Dumfries sometime overnight Friday 21/Saturday 22 October 2011.

POLICE are investigating a suspicious incident where a man which driving a small blue car stopped at three children walking their dog and offered to give the dog some treats.

The incident happened at around 1.30pm at the field adjacent to Delhi Road in Eastriggs.

The man is described as being younger that 63 years, thin, not tall and had greying short hair.

The car is described as being blue with three doors, two at the front and a rear opening boot type door.

The children, aged 12, 7 and 5 immediately left the scene however did see the man open the boot door of the vehicle and take out a tub of dog treats.

A SILVER Peugeot 307 car has been vandalised while parked behind the Bluebell Hotel in Lockerbie sometime between 9.30pm and 10pm on Saturday 22 October 2011.

A WINDOW at a house in Beddie Crescent in Wigtown was smashed sometime between 2pm and 9.30pm on Saturday 22 October 2011

A KIA Sorrento car was vandalised while parked in Butts Street in Annan sometime between 6.15pm and 7.10pm on Sunday 23 October 2011.

AN EXPENSIVE watch left in a St Andrews golf club in July is about to be sold off at auction unless the owner claims it in the next few days.

A TOP of the range sports car has been stolen in Aberdeen.

Tools have been stolen following a break-in to a house in the Drybridge area of Buckie.

Tools, including saws, hammers and drills were stolen from the property. The value of the items taken has yet to be established.

THOUSANDS of pounds of damage has been done to two properties School Hendry Street, Portsoy.

TWO Ifor Williams trailers have been stolen in Moray.

One was stolen between 14 and 17 October 2011 from Netherglen Wind Farm near Elgin and the other from Waterfield Industrial Estate in Forres bewteen 17 and 19 October 2011.

Constable Alison Thow, Crime Reduction Officer for Moray said: “A trailer can be an attractive item for thieves. If you own a trailer then you should make sure that it is marked in a way that is easily identifiable as your property.

“You should also keep a note of make, model and any serial number if available. There are a number of anti theft devices on the market which can either be fitted to the tow ball or to the wheel making it difficult for the thieves to tow your trailer away.”

A COPPER cylinder has been stolen from the Strachan area of Aberdeenshire.

SEVERAL cars have been vandalised in Nairn.

The vehicles were attacked while parked in driveways during the evening of Friday 21 October to Saturday 22 October.

Local Police are especially keen to hear from anyone who was in that area over the course of Friday evening into Saturday morning who may have information that may assist in identifying those responsible.

A MAN was taken to hospital after his car hit three parked vehicles.

The man was driving his red Seat Leon along Land Street, Keith at around 6.15pm.

He was taken by ambulance to Dr Gray’s Hospital, Elgin for minor chest injuries before being released.

A BOOKMAKERS was robbed of thousands of pounds on Saturday night.

The Ladbrokes store on Home Street in Edinburgh was targeted at about 9.45pm.

The man who threatened staff is described as white, medium to stocky build, about 5′ 6 ” build in his 30s and with light brown or gingery hair.

He was wearing a black hooded waist length waterproof type jacket, blue jeans and white trainers. He spoke with a Scottish accent.

AN ELDERLY woman was assaulted and robbed after a night out with friends.

The 81-year-old victim left the Burns Club on Commercial Street, Hawick around 9pm on Friday with her friend and walked with her to Dovemount Place.

They then parted company, and the woman continued on alone to Wilton Hill Terrace, where her attacker then struck around 9.30pm.

She was pushed to the ground and suffered minor head injuries, before the suspect stole her handbag and ran off.

He is described as being white, around 20 years old, slim and around 5 feet 4 inches tall. At the time of the incident he was wearing a light coloured hooded top with the hood pulled around his face.

Police are not ruling out the possibility the victim may have been followed from the club by the suspect, and are appealing for anyone who may have seen the women walking to get in touch.

Similarly, anyone who recognises the description of the suspect is urged to get in touch as a matter of urgency.
A police spokesperson said “Fortunately the woman was not seriously injured, however this was a particularly callous crime committed against an elderly person.

“Crimes of this nature are rare in Hawick, and I would like to reassure the local community that we are conducting a thorough investigation into this crime.

“This is usually a busy area of the town and people would have been passing by, so I would encourage anyone who may have seen anything suspicious to get in touch immediately.”

HEATING oil has been stolen from a tank at a house in Upper Breakish, Isle of Skye.

The fuel was taken between the beginning of September 2011 and 15th October.

More than £70,000 of cocaine has been seized in the Caol area of Peterhead on Saturday.

A 23 year old male has been arrested in connection with the seizure and is expected to appear at Fort William Sheriff Court on today.