THE BBC has released new pictures from its epic documentary charting life in the polar regions.

Beluga whales enjoy an impromptu spa session, Adélie penguins toughen up their young and polar bears reveal a surprising vegetarian side in the stunning images. 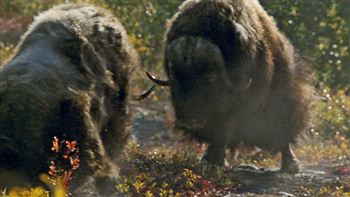 Bull musk ox fighting over females, Alaska. The impact is like a car crash at 30mph and these battles can be fatal.  – (C) BBC – Photographer: BBC 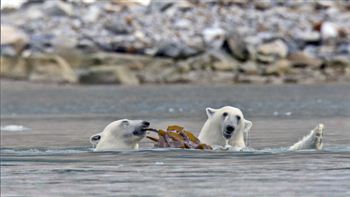 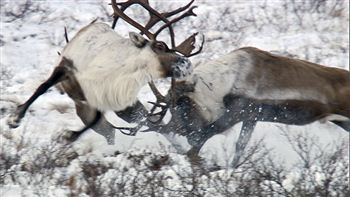 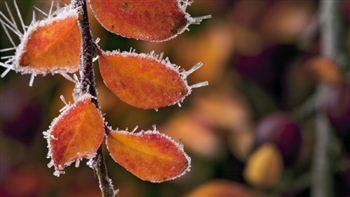 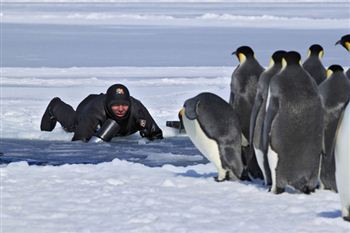 Didier Noirot with emperor penguins on ice. They are returning to breed at Cape Washington, Antarctic continent. The team used a range of cameras to capture this spectacular moment – from a polecam positioned just under the ice edge to a hi-speed camera above the ice.

The difficulty was predicting where exactly the penguins would emerge. The largest penguin on earth seemed completely unphased by Didier and was often keen to take a closer look at the cameras.  – (C) Chadden Hunter – Photographer: Chadden Hunter 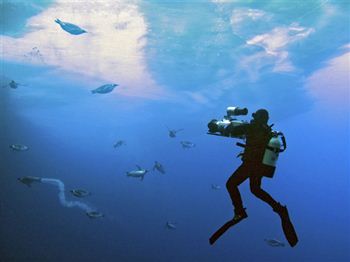 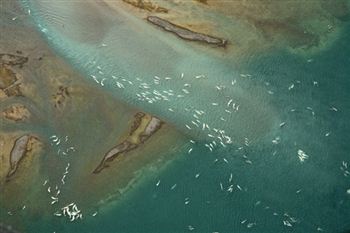 Aerial view of giant beluga whale’s inCunningham Inlet,Canada. Every year thousands of belugas migrate here hundreds of miles so that they can have a body scrub in the shallows.

This helps them to moult their dead skin, which makes them more streamlined. It’s also a good opportunity for the whales to socialise.

The team recorded an extraordinary range of calls and squeaks underwater as the “canaries of the sea” vocalised constantly whilst in the bay.  – (C) Elizabeth White – Photographer: Elizabeth White 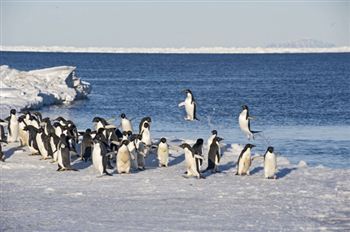 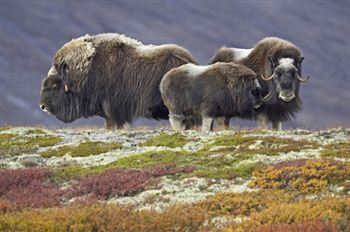 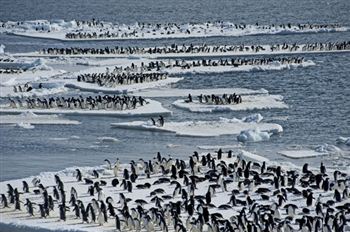 Adélie Penguin adults on Ice floes off the coast of Cape Crozier colony, Antarctica. Their growing chicks require constant feeding, and the adults take it in turn to leave the colony to hunt for silverfish and krill.  – (C) Jeff Wilson – Photographer: Jeff Wilson 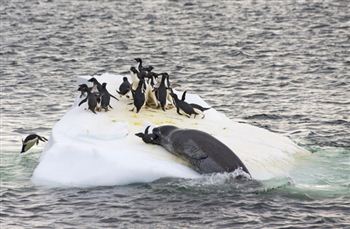 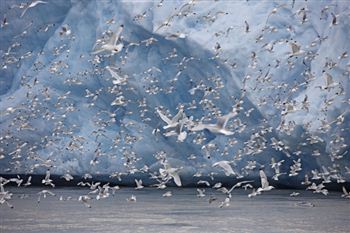 Mass of seabirds feeding and flying beside glacier front. The run-off from the glacier stirs up the water and brings food to the surface for the kittiwakes and fulmars.  – (C) Ted Giffords – Photographer: Ted Giffords 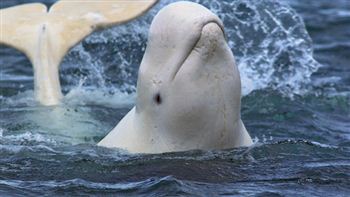 Beluga whale enjoying a body scrub. It uses the gravel on the beach as a loofah to scrape off old skin as it moults.  – (C) BBC – Photographer: BBC 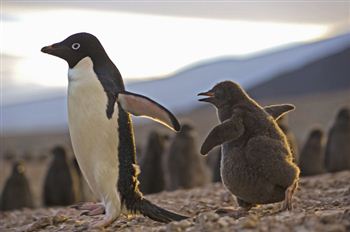 Adélie adults make their chicks chase them for food after returning from the sea,CapeCrozier,Antarctica. The chase is to bring their chicks away from the large creches in the colony and deter other greedy chicks from collecting food from penguins that are not their parents!

Penguins don’t often manage to raise both of their pair of chicks to fledging – the weaker chick struggles to win the race to get a meal.  – (C) Jeff Wilson – Photographer: Jeff Wilson

Dog’s Dinner: Clever puppy works out how to get ice from fridge

Scottish Nana has built an incredible 12 foot long, blue dinosaur out of snow