SCOTS actor Brian Cox is to play a crime baron who smuggles rare animals in a new Australian TV series.

The Straits is set Down Under and follows the fictional Montebello family as they run their smuggling empire out of the Aussie state of Queensland.

And the show, which begins on Thursday, is expected to be broadcast in the UK at a later date.

It follows the gang as they transport weapons, drugs and exotic animals in and out of the country via the Torres Strait islands.

Cox, who plays the group’s Cockney leader Harry Montebello, said: “It’s like The Sopranos, only with a thousand times better weather and scenery.”

After growing up hard on the streets of London, Cox’s character emigrates to Australia and runs the illicit business from his home in Cairns.

The first episode features a power struggle between his three sons as they battle to become his successor and an incident where a rival is murdered by deadly box jellyfish in a swimming pool.

It also sees a rival murdered by box jellyfish in the family swimming pool.

Cox added: “Essentially it’s a succession story. It’s about a family, one that just happens to be running guns, drugs and exotic wildlife.”

Cox spent 15 weeks on location filming the drama in and around Cairns and the Torres Strait. 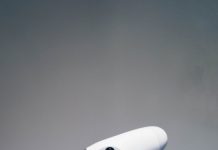